Monument to the Czechoslovak airmen who lost their lives

The monument is located in front of the former building of the General Staff of the Czechoslovak army.

The monument consists of a horizontal spatial sculpture in the shape of a cross made of granite blocks, on which the board and stylized profile of the aircraft wing are laid out in six parts. The author is the sculptor František Bělský from 311 Squadron.

The monument is located in Prague 6 - Dejvice, where the headquarters of the former Czechoslovak and now the Czech army is located. There also takes place regular commemorative events, speeches and wreath ceremonies. The monument is in the middle of the Freedom Square in Bubeneč. The heroism of the Czechoslovak pilots who fought in France and later in the UK but also on the Eastern Front and who deployed lives were immeasurable and worthy of respect. They were volunteers who had left the occupied homeland and fought against the Nazis on all the WWII battlefields.

This memorial should remind those airmen who lost their lives, who volunteered in the war against the Nazism. It is very important part of the Czech and Slovak history. After the surrender and the occupation of Czech lands by German Third Reich, they started the activities against the Germany from abroad. They fought in France and later in the UK. After the USSR was attacked they also fought on eastern front. Their victim is important for the society because it reminds us that freedom is not free and many people have paid their lives for the restoration of the state. 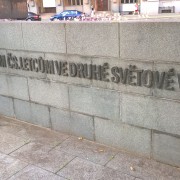 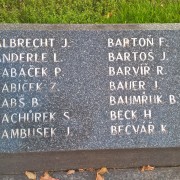 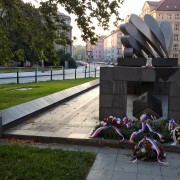