The plaque and bust are situated in the Czernin Palace on Loreto Square in Prague, where the Ministry of Foreign Affairs of the Czech Republic is located. There are a total of three memorial sites in this building that commemorate Masaryk's life.

JAN MASARYK / MINISTER OF FOREIGN AFFAIRS / CZECH REPUBLIC 1940 to 1948 (inscription on the bronze plate in the corridor, 1990)

On the occasion of the 55th anniversary of Jan Masaryk's death in 2003, an unobtrusive plaque with the text "Jan Masaryk † 10 March 1948" was placed in the inner courtyard of the Czernin Palace. It indicates a place where a popular Foreign Minister was found dead under the windows of his apartment, few weeks after the Communist Party took power in February 1948. The circumstances of his death have not been satisfactorily clarified to date - the views of investigators, witnesses and historians range from the conviction of committing a politically motivated murder to the idea that Jan Masaryk committed suicide. On March 7, 2002, Foreign Minister Jan Kavan unveiled his bronze bust by sculptor Jan Kolar at a ceremony to commemorate Masaryk's death on the adjacent hallway on the ground floor. At the same time, he awarded six former Ministry of Foreign Affairs staff and colleagues Jan Masaryk (close to Masaryk's friend and associate Jan Hájek; General and Head of the Czechoslovak Military Mission in Moscow during World War II. Vladimír Halabrín, diplomat in France and Belgium, Štefan Monček and archivist Dr. Lumír Soukup, who worked closely with Masaryk), the title of honorary ambassador in memoriam. The courtyard of the Czernin Palace bears Masaryk's name today. In the hallway in the Czernin Palace, a commemorative bronze plaque from 1990, containing Masaryk's relief and inscription, also commemorates Jan Masaryk. Its author is sculptor Pavel Malovaný.

Every year, on the anniversary of Jan Masaryk's death, a ceremony is held in the Czernin Palace with the participation of the family, political leaders, foreign minister, associations commemorating Jan Masaryk and representing political prisoners, historians and other interested parties. Wreaths and flowers are laid to the bust. On the anniversaries, conferences were held on the first floor of the building, featuring historians, witnesses and politicians.

Commemorative plaques and bust are the main memorial sites of Jan Masaryk, who tragically perished under unclear circumstances in March 1948. His death is often mentioned in connection with the Communist coup. 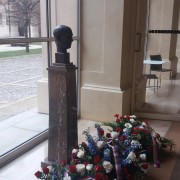 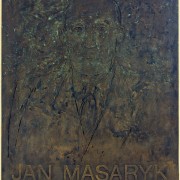 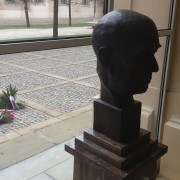 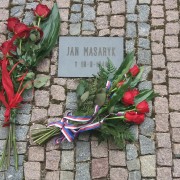 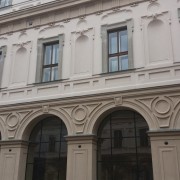 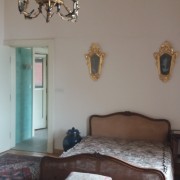 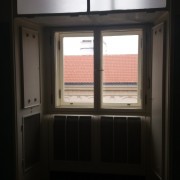