Monument to the Silesian Insurgents

The monument is dedicated to the participants of three Silesian Uprisings (1919-1921).

The monument stands on the street, on the edge of the Silesian Insurgents' Park.

The monument consists of three eagles wings 10-13.5 m high, made of bronze, symbolizing three Silesian uprisings. They are located on an artificially built slope, on a wide square lined with paving stones.

The Silesian Uprisings (1919-1921) were directed against the Germans and their aim was to join Upper Silesia to the reborn Poland. The unveiling of the monument was part of the celebration of the Polish State Millennium. Its creation is largely the result of the efforts of the then Katowice Voivode Jerzy Ziętek (there is his monument in the nearby park). Finally, the monument was financed by the residents of the capital city as a gift from Warsaw to Upper Silesia. The author of the winning design was sculptor Gustaw Zemla and architect Wojciech Zablocki. The monument was unveiled on 1 September 1967. The ceremony was attended by about 150 thousand people, including insurgents and their families.

The main role of the monument was to recall the events demonstrating attachment to the Polishness of Upper Silesia and its inhabitants. This was the purpose of the ceremonial celebration of successive anniversaries of the uprisings, among others. Cultivating the memory of the Silesian uprisings was to confirm that the Silesians felt Polish and were en masse advocates of joining Upper Silesia to Poland. It was also part of the historical policy of the time, which aimed at emphasizing the Polish character of the lands previously belonging to Germany. The monument was also one of the many unveiled monuments at the time, emphasizing the history of Polish-German struggle and the victory over "Germanic imperialism".

At the monument there are celebrations connected with the anniversaries of the Silesian Uprisings and the Polish Army Day. Apart from the inhabitants, they are attended by scouts, soldiers and representatives of local authorities. The celebrations serve as a reminder of the fights for Upper Silesia, they also emphasize that its inhabitants felt Polish and fought for the region's membership in Poland. During the celebration of the 90th anniversary of the Third Silesian Uprising (2011), there was an incident involving the Silesian autonomists who laid a wreath dedicated to all those who died in the struggle for the nationality of Upper Silesia, regardless of whether they fought on the Polish or German side. This caused a wave of indignation and the wreath was destroyed. This provocative gesture was probably to point out that not all Silesians fought then for the belonging of this region to Poland. 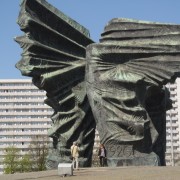 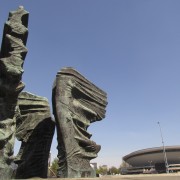 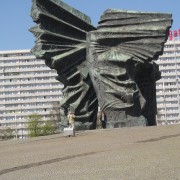