Monument to victims of communism (Liberec)

The monument is located in the park behind the secondary technical school of clothing.

To the Victims of Communism 1948-1989. Seek within yourself whether you defend, honor or limit the freedom.

The monument is a high rectangular block, which is made up of two mirror walls set in a steel frame. Mirrors are 4.5 x 3.2m. The coated glass panes are 18mm thick. Under the mirrors there is an inscription that reflects them, as well as an image of the person reading it. The monument is in the axis of the park and includes three wooden 10 meters long benches on both sides.

The monument is dedicated to convicted political prisoners as well as other victims of the communist regime. The monument was unveiled on 27 June 2006. Its authors are architects Josef Kocian, Petr Janda, Jakub Nasinec and Ales Kubalik. The total cost of the monument was 1.2 million Czech crowns.

The memorial points out that injustice takes place around the individuals who remain mostly indifferent. The inscription embedded in the ground is reflected in an area that also occupies the observer and the surrounding trees and the path in the park. Everyone is thus drawn into the answer to the question the inscription presents to the reader. Relativization of the communist crimes, apologizing the cooperation with the secret police, are today unfortunately the daily phenomena that citizens encounter. It is therefore important to commemorate the victims of repression and to show that it is up to each individual whether he will remain indifferent to the injustices that take place even today. 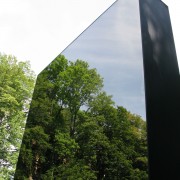 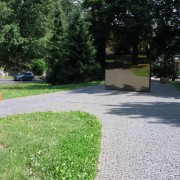 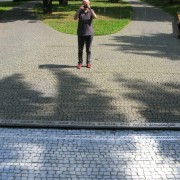 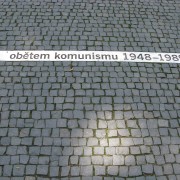