The monument is built on the site where on 27 May 1942 paratroopers Jan Kubis and Jozef Gabčík carried out a successful attack on Reinhard Heydrich.

On this site on 27 May 1942 at 10.35am, the heroic Czechoslovak paratroopers Jan Kubis and Josef Gabcik carried out one of the most important resistance acts of the Second World War - the assassination of one of the highest Nazi officials, the Bohemia Protector Reinhard Heydrich. Their task could not be never accomplish without the help of hundreds of Czech patriots who later paid for their bravery with their own lives.

The 9 meters high monument in the shape of a three-sided wedge, with three figures on the top, which are leaning and balancing on the edge of the wedge. This symbolizes the suicidal act of retaliation that the resistance fighters did. The monument is made of steel, the figures are bronze with no specific features in the face.

The memorial was unveiled on 27 May 2009 in 10:35am, exactly in the same time where 67 years ago the paratroopers Jan Gabčík a Josef Kubiš carried out their planned resistance attack against Reinhard Heydrich. The initiative for building the meorial came from City tawn hall of Prague 8. The memorial is a result of an open competition. The winner design is the work of the architects  David Moješčík, Michal Šmerala and architects Jiří Gulbis a Miroslava Tůmová.

An annual commemoration event is held on the site. It commemorates the brave act of the assassination act itself but also many victims who paid their lives in the fight/resistance against Nazism, or who survived the war and were later persecuted by the Communist regime, which blamed the London exile governement, that this act was an outbreak of big terror which costs thousands of human lives. Several films and several books were written about the assassination. It is the most important resistance act during World War II in terms of assassination of high represenatitve of Nazi regime

Assassination of the Deputy/Acting Reich-Protector Reinhard Heydrich was one of the biggest resistance act during WWII. He was until then the man No.2 of German Third Reich. The act was carried out by Czechoslovak paratroopers sent out from London altogether with Czech resistance. Because the act was done by the western resistance, during the Communist regime it was not mentioned. As a direct result of this act, the 297 men and women were executed by the Germans and thousands other tortured and transported to the concetration camps. 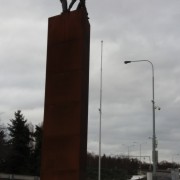 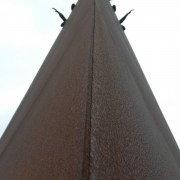 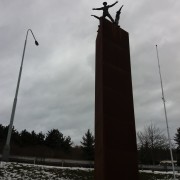