The pilots' memorial was unveiled on 28 October 2000. The establishment of the memorial was initiated by the Jindřichův Hradec Aviation History Club, whose members designed it and also carved it from Mrákotín granite. According to AHC Chairman Vladislav Burian, the sculpture represents the wing of the mysterious Icar on one side; from the other side it is the wing of the British aircraft Spitfire, on which during the World War II fought many Czechoslovak pilots in the ranks of the Royal Air Force (RAF). The profile reminds the shape of a wooden propeller airplane aviation pioneer Ing. Jan Kašpar, who performed his last public performance on 28 July 1912 just in Jindřichův Hradec. The memorial is dedicated to all Czechoslovak pilots who served in the RAF during the World War II. It also commemorates the Americans in the battle of Jindřichův Hradec on 24 August 1944, one of the largest aerial engagements over the Protectorate of Bohemia and Moravia. The monument is to commemorate all Allied pilots who helped victory in the World War II, and also preserve the legacy of Czechoslovak pilots of all generations.

Since 2000, the memorial is  the site of annual commemoration events (May 8 and October 28). The commeomoration takes place in August 'Meeting of Czechoslovak war and postwar airmen in Jindřichův Hradec'.

Since its foundation in July 1990, the Aviation History Club Jindřichův Hradec has been maintaining the legacy of the famous Czechoslovak aviation. Members of this association have been organizing since 1994 regular 'Meeting of Czechoslovak war pilots' and since 1995 foreign expeditions documenting the fate and graves of the war pilots. In 2008, the Aviation Museum was established in Deštná near the castle of Červená Lhota. 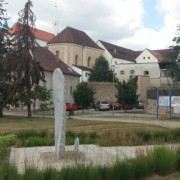 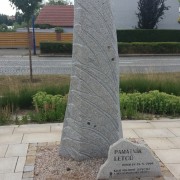 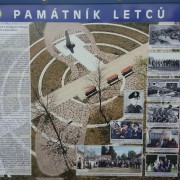