Memorial Plaque to the Victims of Totalitarianism

Plaque on the wall of the former prison

In memory of all the victims who were imprisoned here during the totalitarian regimes.

The board is a reminder of totalitarian regimes and their victims. It is located on the building of the former prison where the Gestapo imprisoned the resistance fighters during the war and after the war it used it to torture and imprison the opponents of the State Security

The prison building in Jihlava in 1932-1960 was used by the Gestapo during the war. After the end of the war, the German population of Jihlava was brutally tortured and after 1948 the building was used by the State Security until 1960. 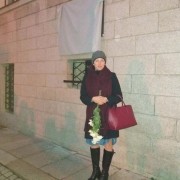 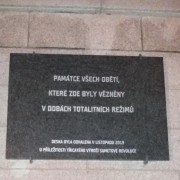 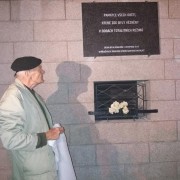