Cairn to Victims of Anti-Nazi Resistance

Cairn Ivanchen, symbol of struggle for freedom. I promise in my honor, as best I can, to love my country and serve it faithfully at all times.

Cairn of stones, obelisk and plaque with scout oath.

The plaque is made by academic sculptor M Rybička. The 120 x120 cm plaque is made of sandstone, as is the obelisk standing next to it. Ivančena Mound began to be founded in 1946 in memory of five scouts murdered by the Nazis and resistance activities. In 2017 it was reconstructed and rebuilt into a dome shape.

The Cairn was often destroyed during the Communist era and the power of the time tried to prevent its spread, yet it was constantly occurring. In 1994 she was severely damaged by vandals who broke several plaques and scattered stones. In 2017 it was reconstructed to a new form.

After its last damage in 1994, it was repaired and consecrated by Bishop František Lobkowicz. There are scout pilgrimages to the memorial from around the Czech Republic around April 24 on the anniversary of the assassination of five scouts by the Nazis in Cieszyn. The memorial is very popular and frequently visited. 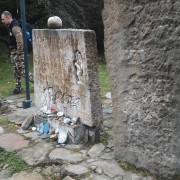 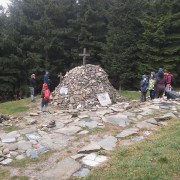 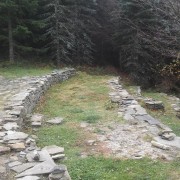 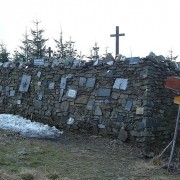