Monument to the Victims of the Operation 'Kámen' (Stone)

The monument is located on the front of the former hotel Blue Star, in which people often slept, who tried to cross the border to neighboring Bavaria. Some of the victims of the Operation “Kámen” were also accommodated here.

False Borders, 1948–1951, to commemorate the unfortunate victims of the Operation „Kámen“ and as a strong warning to present and future generations. Donated by the city of Gdynia 28.11.2018

A 60 x 70 cm bronze plate depicts a man, a woman, and a child lying on the road at the perimeter barrier. Below the picture is an inscription.

The plate was unveiled on 28 November 2018 in the presence of Deputy Minister of Culture Jiří Vznientek, Governor of the Pilsen Region Josef Bernard, Deputy Director of the Department for War Veterans of the Ministry of Defense of the Czech Republic Pavel Kugler, Czech and International PEN Club and others. At the same time, an exhibition about the operation was opened. The creation of the plate was initiated by Irena Tyslová, Martin Furda, Václav Jandečková and Jana Podskalská. The author of the memorial is Eva Cvachovcová.

The plate commemorates one of the most repulsive actions of the Czechoslovak State Security against free-minded citizens. Under the code name Kámen (Stone), the secret operations took place in several places on the border with Austria and the Federal Republic of Germany. The aim was to lure people into a trap. The „smugglers“ who worked with the secret police brought people near the false border and a group of "American" soldiers discovered them and brought them for the interrogation. In fact, the soldiers were members of the State Security. Refugees were after questioning sent on and later that day were accidentaly caught by the Czechoslovak Border patrol and imprisoned. The previously written protocols were used against them and to prosecute and monitor other victims.

The Operation Kámen (Stone) is one of the most repulsive provocations of the State Security. So far, only a fraction of its victims are known, dozens or even hundreds of them. The detailed mapping of the event is due to the tireless work of historian and writer Václav Jandečková. Similar events took place in the border zone for several years and their ending was supported by the publication and warning broadcast by Radio Free Europe, which described the places where these events took place and warned the citizens of Czechoslovakia against this provocation. 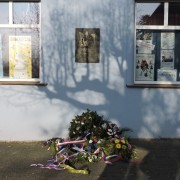 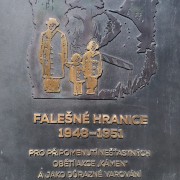 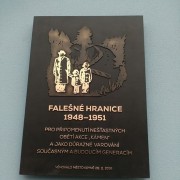