The monument is located on the wall in the courtyard of the castle. Milan Paumer spent his childhood in Poděbrady and met brothers Josef and Ctirad Mašín.

From slavery without a fight there is no hope of finding a way to freedom… Milan Paumer “the third one” 1931–2010 a member of the Mašín brothers resistance group, a tireless fighter against the communist evil and totalitarian regimes. Berlin 31 Oct 1953

Bronze plaque 50 x 80 cm. The bullet is embedded in the plate and next to it is the text Berlin 31.10.1953. The plaque depicts Milan Paumer in the uniform of an American soldier.

The author of the plaque is the sculptor Kryštof Hošek and it was unveiled on 6 October 2012 at the initiative of the Milan Paumer Endowment Fund.

The memorial is a reminder of a brave man Milan Paumer, the warrior against the Communist regime. The commemration events with the participants of the resistance against the communist regime take place on site.

In 1953, Milan Paumer, together with Ctirad and Josef Mašín, fought their way to West Berlin. Two other members of the group Václav Švéda and Zbaněk Janata were injured and later executed in Czechoslovakia. The resistance group of the Mašín brothers is one of the best and bravest appearances against the communist regime in the 1950s in Czechoslovakia. Even after their departure to the free world, they sought to overthrow communism and joined the United States Army. 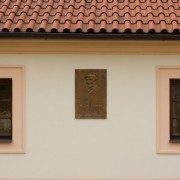 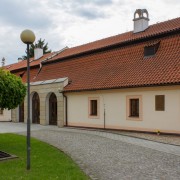 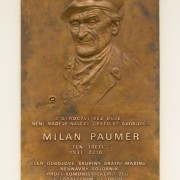