The plaque is placed on the wall of the elementary school where František Bogataj was hiding during the war.

In 1944-1945 with the support of teachers and local citizens was hidding in this building of the elementary school commander of the Airborn group Carbon (later Major General v.v.) František Bogataj, in his everlasting memory of fighters against Nazism, Communism, and for freedom and democracy, let heroism, honor, courage and freedom accompany the pupils of this school throughout their lives.

80 x 100 cm bronze plate with wider strip in the middle and stylized lion on top. At the bottom of the plate are on the bronze ribbons stylized parts of the inscription.

The author of the plaque is academic sculptor Otmar Oliva. The commemorative plaque was initiated by the Confederation of Political Prisoners and the Airborne Veterans Club. The board was unveiled on 28 October 2017. The plaque was consecrated by the chaplain of the General Staff of the Army of the Czech Republic Jaroslav Kníchal.

The plaque was only recently unveiled. František Bogataj was planted in the Protectorate of Bohemia and Moravia on April 12, 1944. He participated in sabotage on the railway and in attacks on German transports. After February 1948 he went abroad and joined the anti-communist resistance. He organized the collection of intelligence information from Czechoslovakia. In 1957 he went to the US and later worked as vice president of the American National Bank.

The persecutions of participants of the second anti-Nazi resistance is one of the darkest acts of communist totalitarianism. People who committed their lives in the struggle for freedom in World War II were the first targets of political repression after the advent of communism. The totalitarian regime first needed to break the brave ones that had proved their worth in the fight. Therefore, it is so important to remember the heroes who participated in the second and third resistance 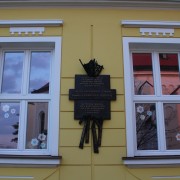 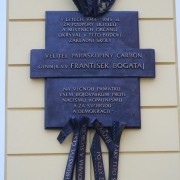 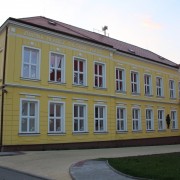