Monument to the victims of the State Security

Monument to victims of operation Kámen (Stone) in the location of false border.

Information panel at the former false border created by the State Security. The inscription is in Czech and German.

The initiator of the project is historian Václava Jandečková and the Society for the Research of Communism. On April 21, 2018, information boards were unveiled in the place where a false border was created by the State Security.

The information panel recalls one of the most repulsive actions of the State Security in which people were dragged into a prepared trap. The StB created a false border and the victims were convinced that they were already in Bavaria and spoke of their anti-state activities. In fact, they were questioned by the State Security, who subsequently arrested them and were sent to prison.

The 1950s are one of the darkest times in the history of Czechoslovakia. Thousands of people fled to west from the Communist terror. The operation “Kámen” (Stone) was a State security trap near the border with Bavaria. People thought they were already in Bavaria, but in fact the soldiers wearing the US Army uniforms were members of the StB. After the interrogation, they were released and subsequently arrested and taken to prison. 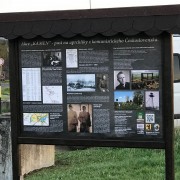 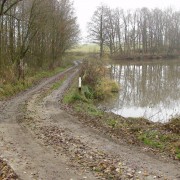 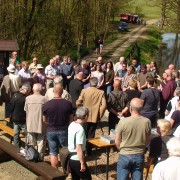