Monument to the Victims of Communism

Wooden double-cross with two silver plates with names of both murdered and brass plate with text in the middle. The cross is one meter tall and a meter and sixty centimeters wide.

The Double Cross was installed at the initiative of Robert Hofrichter, one of the victims of the Jizera and former scout leader and political prisoner of the communist regime. In 1990, the remains of two murdered scouts Jiří Haba and Tomáš Hübner were exhumed and deposited in family tombs in Železný Brod.

The memorial is located in a symbolic place, near the site where the scouts were attacked by members of the NSC emergency unit on July 24, 1949. State Security Agent Jiří Hilger, who under the direction of State Security promised the Scouts safe leave for West Germany. During the raid on the Scout camp, NSC members shot several thousand rounds of ammunition. They murdered two people and seriously injured another five. They were brought to justice in October 1949 and sentenced to high prison sentences. Robert Hofrichter for 20 years, Václav Hlava and Josef Klepáč for 10 years, František Linka and Jindřich Kokoška for eight years, Josef Šírek, Jiří Žídek and Radomil Raja for two and a half years. Another nine young scouts received penalties of up to one year. State Security agent Jiří Hilger died in 2006 and was never held accountable for his actions.

The monument is located on a beautiful meadow in the Jizera Mountains near hiking trails. It shows the courage and bravery of young people who did not want to come to terms with communist totalitarianism and were preparing to step out of it. On the other hand, their activity has been monitored by the Communist police since the very beginning, and the Jizera Action course points to the bestiality of the communist system, which monitored the group's preparation for resistance actions, and although it could intervene to massacre young people with gunfire, machine guns were also used. The cross is featured in regular tourist guides. 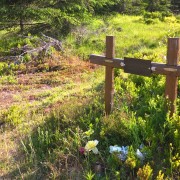 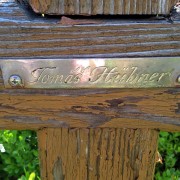 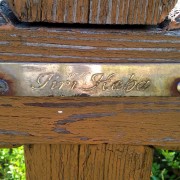 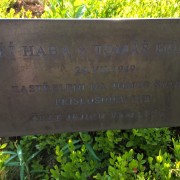