Memorial to the Victims of Communism. Ujezd.

The memorial is formed by a narrow massive staircase with seven statues at the top. The first is whole, others are gradually 'corroding' male characters which symbolically illustrate the gradual physical and mental suffering of 'muklů' (men to be wiped out), as the political prisoners called each other.

The unveiling of the monument was preceded by a discussion on the credibility of the selection procedure and the adequacy of the cost of its construction. The design of the famous Prague sculptor Olbram Zoubek was chosen. The memorial was officially unveiled on 22 May 2002 by representatives of the Czech Republic Confederation of Political Prisoners, the City Hall of Prague 1 and the Prague City Hall.

Every year on 27 June (the day of execution of Milada Horáková, Záviš Kalandra, Jan Buchal and Oldřich Pecl on 27 June 1950) a large reverent meeting and commemoration event at the monument on the Day of the Communist Victims Day is held. The main organizer is the Confederation of Political Prisoners of the Czech Republic, in addition to witnesses also representatives of associations, state, self-governing and academic institutions. However, the monument has also been repeatedly attacked. On August 21, 2003, an unknown person wrapped figures that symbolize political prisoners of the 1950s with red sticky tape with derogatory inscriptions. A few months later, on November 9, 2003, one of the statues was destroyed by an explosive that was fired here by Vladimír Štěpánek, the author of a number of bomb attacks (he died on December 29, 2003, of the injuries he had caused during his arrest at the reconciliation monument at Buková Hora near Teplice nad Metují ).

The monument is probably the most significant symbolic reminder of the victims of the communist regime in Prague. There are reverent and commemoration events held regularly. The importance of the site underlines also the hostile actions. 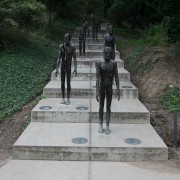 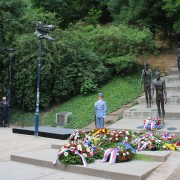 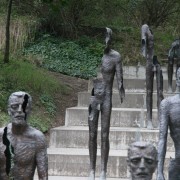 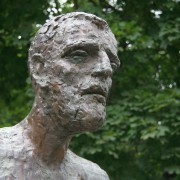 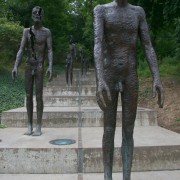 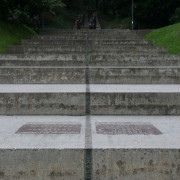 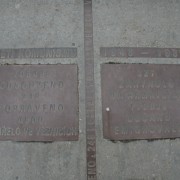