Memorial to the Victims of Collectivization

The monument is situated near the building of the Ministry of Agriculture of the Czech Republic in Prague at Hlávka Bridge.

TO THE VICTIMS OF THE COLLECTIVISATION IN AGRICULTURE. Motto: A grass sickle will come to a man, yet our ground is eternal and our native heath waits. Peasant`s songs by Josef Václav Sládek/ During 1948-1949 the Communists tried to completely destroy the Czech farmers and a forced collectivisation was in progress in countryside. Many of the farmers were persecuted, trialed and executed, the families were forcibly displaced from their homes, children were expelled from their studies, their property were stolen and devastated. The perpetrators of those crimes were never punished. After 1989 their succesors returned back stolen property unwillingly and it was quite often that they started their bussiness on those stolen property.  Nevertheless today the modern farmers are farming on 25% of Czech soil. The Czech farmer is alive and he will never forget on the suffering of his ancestors.! Association of Private Farming of the CR 2004 / sculptor JIŘÍ PLIEŠTIK Architects TOMÁŠ NOVOTNÝ ZUZANA MEZEROVÁ farrier PETR PODZEMSKÝ.

The vertical monument lies in the grass close to the building of the Czech Ministry of Agriculture in Prague, Hlávkův bridge. The centre of it is a symbolic bunch of  grain in bud tied together with the barbed wire. The memorial is accompanied with a metal plate with inscription. Material: a metal. Dimensions: 5 m x 1,5 m + plate: 2,5 m x 0,5 m.

The memorial is devoted to all the victims of collectivisation in the Czechoslovakia – the radical communistic reform in the years 1948-1960 inspired by the USSR. As a tragical consequences of it, the traditional, historical, social and cultural bindings were disrupted and destroyed. The most  visible result was complete liquidation of the peasantry and farmers. The initiative to raise a memorial was intrduced by the General Assembly of the Association of Private Farming of the Czech Republic (ASZ ČR), which called for its errection in June 2001. It was built with the support of the public crowdfunding. 717 people gave on it more than 1.300.000 CZK. The ammount was then used for artistic proposal, for creation and installation. The important player in it was also the City Council of Prague which prepared a selected parcel of land for it. The unveliling ceremony was on 23 May 2004 at 1:00 p.m. The important representatnts of rigt politial spectre was present as well as MP`s, NGO`s dealing with the private farming and public. Also a former politiclaprisoners and persecuted farmers and their families were present too.

The memorial symbolises a return of the historical memory of farmers and peasantry. It is situated on the public space. The publication made by the ASZ CR was released too, it describes the crimes of the collectivisation in  countryside. During the unveiling ceremony in his speech the Chairman of the ASZ CR Mr Stanislav Němec laid stress on the issue to stop the attempts to relativise the crimes of Communism. 'It is clear, that without any doubt such a warning is very urgent. The the relativisation efforts and oblivion of bolshevik`s despotism we can see everywhere today. If there are still former Communists in the Ministry positions, if there are still, in the Minister of Agriculture Cabinet, the pictures of his predecessors from that period when the most brutal actions were in progress on the walls, then this memorial and this publication are at the most important'. 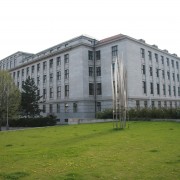 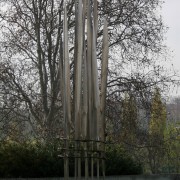 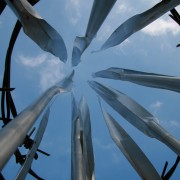 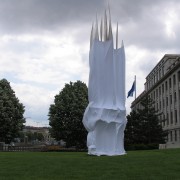 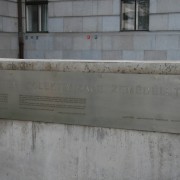 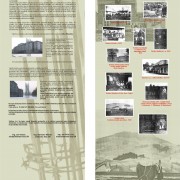