The monument was dedicated to the Polish Soldiers of the II World War and prisoners of the contentraction camp.

The monument is located in the cemetery of Polish Soldiers on a barrow, built on a rubble ground.

Fallen for freedom and homeland

The fighters of underground combat

The monument has the shape of two huge hussar wings, decorated with reliefs of soldiers. One of them depicts silhouettes of lancers and horses during the charge in 1939, while the other captures the scene of the attacking soldiers. It was made of concrete and steel and is 23 meters high.

Originally, the cemetery where Polish soldiers were buried was located in the municipal cemetery and was established in the years 1950-51. After 1958, the ashes of soldiers of the 2nd Polish Army began to be buried there, gradually found in mass graves in western Poland. Due to the lack of space to expand the cemetery and give it a more dignified appearance, a decision was made in the mid 1960s to move the cemetery. A new necropolis was created in the years 1968-1970 and extended in the years 1972-1979 as a resting place for 604 people, mainly Polish soldiers who died in German captivity and those who died at the front. In 1972, a stone staircase leading to the top of an artificially created hill was built, and in 1979 a monument was solemnly unveiled. Its designer is Łucja Skomorowska.

The monument is a place of official ceremonies attended by representatives of local authorities. The main celebrations are organized on September 1 (the anniversary of the outbreak of World War II) and November 1 (All Saints Day). 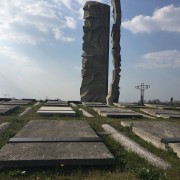 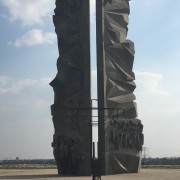 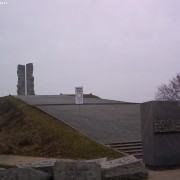 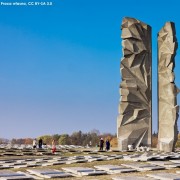