The sculpture Homage to Former Political Detainees is located in the forest between Cerneşti and Târgu Lăpuş, on the road to Țara Lăpușului, within the Florean Sculpture Park.

The sculpture Homage to Former Political Detainees is made of three Andesite plaques representing the world, from which the human figure was torn out, leaving only its outlines behind in a repeating pattern. The sculpture is about 2.5 meters long and one meter wide.

The sculpture was unveiled on 30 May 2014, in the Sculpture Park of the Florean Contemporary Art Museum in Cerneşti, Maramureş. It was made by sculptor Mircea Bochiş at the invitation of the Association of Former Political Detainees in Baia Mare and the Florean Art Museum, especially Victor Florean, the founder of this museum, a former political prisoner himself. The unveiling ceremony, which was organised in partnership with the Memorial to the Victims of Communism and to the Resistance, was attended by numerous former political detainees and deportees from Bucharest, Timişoara, Constanţa, Suceava, Arad, Oradea, Satu Mare, Baia Mare, Brăila, Teleorman, Argeş, Cluj, Târgu Mureş, Covasna, Braşov, Buzău.

The sculpture is the expression of the great crime of communism, that of depriving man of his own humanity, of dehumanising him, and is an important site for remembrance, in the struggle against forgetfulness.

Thanks to its location, within the Florean Art Museum, which now brings together about 10,000 pieces of contemporary art from all continents, it is visited annually by tens of thousands of people from the country and abroad. It is listed in all tourist guides and has become a place of memory and mourning of the victims of communism. 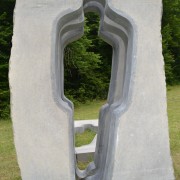 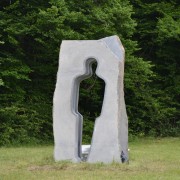 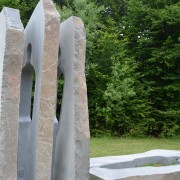