Monument to the Founding Fathers of the European Union

As the name indicates, the monument is dedicated to the founding fathers of the European Union.

The monument is located on the Roses Island in the Park Michael I (Herestrău).

Each bust is inscribed with the name of the person it pictures along with a short biography:

Jean Monnet (1888-1979); French diplomat and businessman, who, along with Foreign Minister Robert Schuman, devised the plan to set up the European Coal and Steel Community (ECSC), and acted as the first President of the High Authority of the ECSC.

Altiero Spinelli (1907-1986); Italian politician; leader of the European Federalist Movement. He played an important role in the creation of the European Defence Community and was a promoter of the Draft Treaty establishing the European Union.

Konrad Adenauer (1876-1967); German politician; Chancellor of the Federal Republic of Germany (1949-1963). He was one of the initiators of the ECSC, along with Schuman and Monnet, as well as one of the signatories of the Elysee Treaty.

Walter Hallstein (1901-1982); German politician; Secretary of State in the German Foreign Ministry. He was the architect behind what later became known as the Hallstein doctrine and the first president of the Commission of the European Economic Community. During his presidency, the Common Agricultural Policy was introduced as a pillar of Community policy.

Paul-Henri Spaak (1899-1972); Belgian politician; Foreign Minister for 11 times. He chaired the Messina Conference (1955), where the committee that drew up the Spaak report was founded, which led to the signing of the Treaties of Rome, thus establishing the European Economic Community.

Johann Willem Beyen (1897-1976); Dutch politician; he advanced the Beyen Plan. As Minister of Foreign Affairs, he played a decisive role in the creation of the European Economic Community.

Sicco Leendert Mansholt (1908-1995); Dutch polititian; he devised a plan to restructure the agricultural policy of the European Economic Community, which became known as the Mansholt Plan. He was Vice-President (1958-1972) and then President of the European Commission (1972-1973).

Joseph Bech (1887-1975); Luxembourg politician; minister under several governments as well as Prime Minister (1953-1958). He played a decisive role in the Messina Conference (1955), where the committee that drew up the Spaak report was founded, which led to the signing of the Treaties of Rome (1957), thus establishing the European Economic Community.

Pierre Werner (1913-2002); Luxembourg politician; Prime Minister and minister under several governments. He played a key role in creating the economic and monetary union, being considered the “father” of the Euro as a single currency.

On Romania's way towards the European Union, Romanian authorities wanted to pay their respects to those who founded it. The project was initiated by the Municipality of Bucharest in early 2006, and the monument was made by sculptor Ionel Stoicescu. The monument was unveiled on 9 May 2006, on Europe Day.

Except for the unveiling ceremony, ceremonies are not usually held here. At present, the monumental ensemble is admired especially by the thousands of people visiting the park. 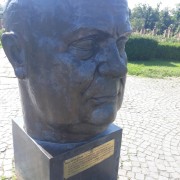 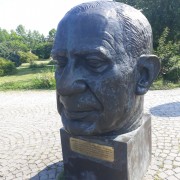 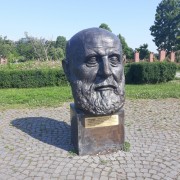 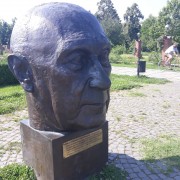 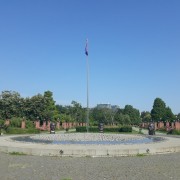 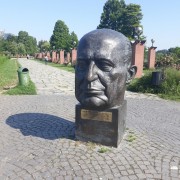