Monument of the Anticommunist Resistance in the Green Forest

Pădurea Verde, the Green Forest, a place where numerous political prisoners were executed in communist period.

The monument in Pădurea Verde is located close to the Village Museum in Timișoara.

Here, as well as throughout the country, the sons of the Romanian people were killed at the time of the Soviet communist pillage for having fought to defend their nation. May they be praised for their devotion and human sacrifice!

The monument consists of several landmarks spread over 2000 square meters.  A 10.5 m high truncated cone-shaped mound of earth serves as a reference point.  A 6.5 m high cross was placed on top, so the total height of the monument is 17 meters. The platform where visitors can keep a moment of silence is 154 square meters. The monument is a modest attempt to honour those who sacrificed themselves in the fight against Communism. The inscription at the base of the monument is guarded by 54 watchmen. A traditional clay jug with a document inside was placed in the foundation of the cross. The names of those executed in Pădurea Verde, killed in the fighting with the Securitate and those who died in labour camps, prisons and deportations were engraved on the black granite memorial plaques surrounding the monument.

The monument has a 25 year old history. Immediately after 1989, when the Association of Former Political Detainees was established, a wayside cross was erected in the former military training area. The decision to have a monument built soon followed. An homage ceremony is held annually to honour the victims of communism.

On 2 August 2014, a ceremony was held in Pădurea Verde in Timişoara for the blessing of the Monument of the Anticommunist Resistance in Banat, which was organised at the initiative of the Timiș branch of the Association of Former Political Detainees, with the support of the Municipality of Timişoara. Numerous former political detainees and deportees as well as family members, along with local officials, attended the event.

On 16 July 1949, several fighters who resisted in the mountains against the communist regime were murdered in Pădurea Verde, near the Village Museum. The monument was erected in the very same spot, to honour those who fought and sacrificed themselves in this part of the country in a struggle to defend freedom, dignity and the Romanian national spirit. Listed in tourist guides, the monument is a landmark for all those who want to pay their respect to the victims of communism. 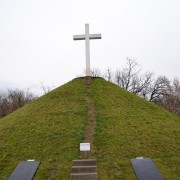 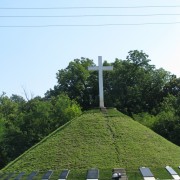 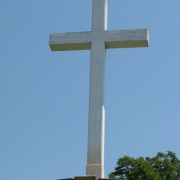 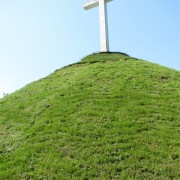 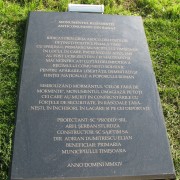