The monument was erected in front of the Great Synagogue in Iași, which was built in 1657-1671 and is one of the oldest Jewish places of worship in Romania.

The obelisk was erected in 1976 as a sign of respect and in homage to Holocaust victims.

Marking the 70th anniversary of the pogrom of Iași, the Mayor’s Office had the monument redone in black marble and in a larger size, which was unveiled in a commemoration ceremony on 28 June 2011. The event was attended by representatives of local authorities, the Jewish community in Iași, rabbis from Romania and abroad, as well as the director of the Holocaust Memorial Museum in Washington, DC. A marble plaque was added to the memorial obelisk of 1976, with an inscription in three languages (Romanian, English and Yiddish) with the following text: 'In memory of the more than 13,000 Jews, innocent victims of the Iași pogrom under Ion Antonescu’s regime. We will never forget!'.

It is a place of commemoration of Holocaust victims. In collective memory, it is a symbol for countering intolerance, for acknowledging the past and for civil harmony as being the norm. In 2015, it was included on the List of historical monuments in Iași County. 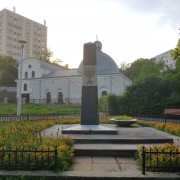 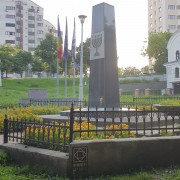 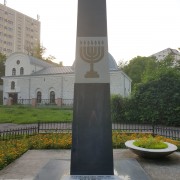