People fighting against fascism in the Slovak National Uprising in 1944.

Near the Zvolen train station on in the Park of Štefan Višňovský under the Zvolen castle hill.

The armoured train Hurban is one of the three trains made for the Slovak National Uprising in Zvolen railway workshops (they were named after the three outstanding people from the history: Štefánik, Hurban and Masaryk). They were composed of battle and protection trainset. Only two preserved original cars still exist; they are stored nearby in the railway repair shops at Zvolen, where they were produced in 1944. The information board is in front of the train.

This armoured train is a replica of the original train from the World War II was made for the film about a story from the Slovak National Uprising: 'Deň, ktorý neumrie from 1974' (The day that never dies). After the shooting finished, the filmmakers have given the replica to the town of Zvolen.

The original train was made in Zvolen railway repair stops at the beginning of 1944. It was the second of the three Uprising armoured trains covered by7mm cauldron metal plate. Sample shooting on the railway Krupina - Zvolen proved its reliability. The train was used the first time in the battle on the railway between Hronská Dúbrava and Svätý Kríž nad Hronom (today Žiar nad hronom), later used near Čremošné. The train helped to counterattack the Nazi offensive, but was considerably damaged. After quick repair it was used again on the railway Banská Bystrica – Diviaky. In October it covered the retreat of the insurgents in the Horehronie region and was successful in the battle near Heľpa. Later on it moved to Harmanec where it was completely destroyed in a tunnel. The train crew continued fighting as partisans.

The armoured trains had been used in wars since the second half of the 19th Century and used extensively in different countries and battles in the World War II. Nowadays the armoured train Hurban reminds us of the complex situation and important role of the Slovak Army, and also civilians that participated in the preparation of the Slovak National Uprising as well as backed it up. 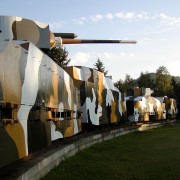 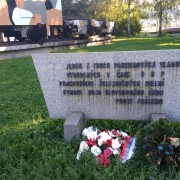 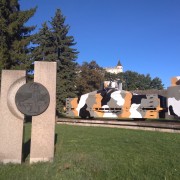 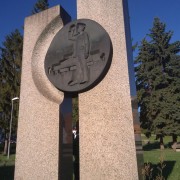 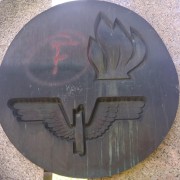