Memorial to the Unknown Soldier

In the center of Košice, on the Square of the Liberators opposite the Memorial to the Soviet Army.

ALL WALKING BY, HONOUR THE ONES WHO DIED FOR YOU TO LIVE.

The memorial is created by a cubic solemn hall with a symbolic pillar above. The hall is surrounded by a crescent arcade and an ironwork. In the hall on the wall there are two reliefs of a Czechoslovak soldier and a partisan with a signature: „All walking by, honour the ones who died for you to live“. Below the signature there is a symbol of the Union of the Anti-fascist Fighters (Zväz ľudových protifašistických bojovníkov (SĽUB)) which is a fivepointed star with a firm fist and an „OATH“ inscription, a sword and a hammer underneath. A symbolic tomb with a Czechoslovak state coat of arms and an inscription: „Unknown fighter for the freedom of people“. This memorial is composed of trachyte, andesite and travertine.

The memorial was built right after World War II and before the communists came to power. The memorial was designed by Ing.Karol Milersky and Viliam Columby. The sculpture works were made by academic sculptor Vojtech Loffler. The construction works lasted two years and the memorial was officialy unveiled at the fourth anniversary of the Slovak National Uprising in 1948 (on 29th August).

Košice were liberated by the Soviet Red Army on 19th January 1945. The mass tomb and memorial of Soviet soldiers is opposite the Memorial of the Unknown aniti-fascist soldier. Symbolic tombs to the unknown soldiers have long tradition since the Great War. Monuments dedicated to an unknown soldier are the common memories for all soldiers killed in any war. Such tombs can be found in many nations and are usually high-profile national monuments. Many soldiers have died in wars with their remains being unidentified. After the I World War, a movement arose to commemorate all unidentified soldiers with a single tomb or monument.

Every year at the anniversary of the end of World War II there is a ceremony by the memorial commemorating the victims with laying wreaths.

This memorial is in the centre of the second largest city in Slovakia, annual pietous ceremony of laying wreaths serves as the commemoration of the victims of World War II. In the socialist Czechoslovakia the military cemeteries and monuments of unknown soldiers used to be an important part of the celebrations of the victory of the Red Army in World War II and a liberator of the country and were usualy used as the propaganda of the Soviet Union. 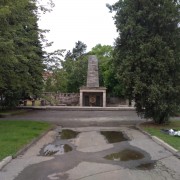 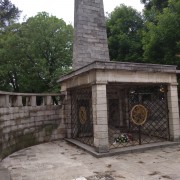 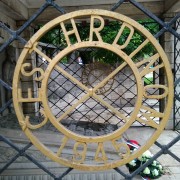 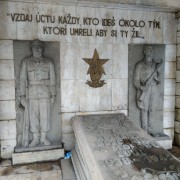 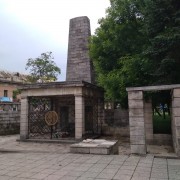 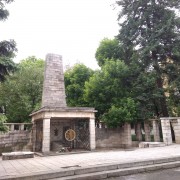 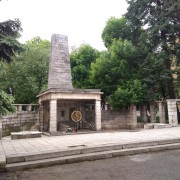 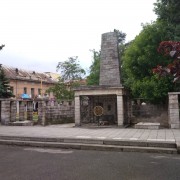