The Carpathian and Dukla military operation carried out in the autumn 1944. More than 60,000 Soviet and Czechoslovak soldiers perished here. “Czechoslovak VERDUN”

Near the village Vyšný Komárnik on Polish – Slovak borders.

The memorial is located at the largest battlefield of the World War II in Czechoslovakia.

Eternal fame to the heroes of Dukla.

(in Slovak, Russian and Polish language)

The memorial with a solemn hall. 28m high pylon symbolizes the military offensive of the liberation army. The sculpture of a Czechoslovak soldier pays homage to the victims. The Ally of Heroes comprises of several busts of the excellent army commanders and soldier of the Dukla battlefield. A sculpture Žalujem! (I accuse!) depicts a Soviet soldier and a woman giving thanks to him for the liberation. An observation tower provides exhibition dedicated to the battle. The colonnade leading to the memorial is lined by bronze tablets with  1256 engraved names of the soldiers ( the members of the First Czechoslovak army corps) fallen at the Dukla battlefield. 565 members of the First Czechoslovak army corps in USSR who died in the Carpathian and Dukla offensive are burried in the Military Cemetery.  The cemetery is surrounded by the busts of the Dukla heroes.

The Memorial of the Czechoslovak army corps was built in 1949 and designed by the architect Ing. arch. J. Grusa. The original bronze sculpture of a Czechoslovak soldier in uniform was designed by  Ján Vítek and named simply Present arms! The gable of the pylon used to be decorated by the Czechoslovak coat of arms with Czech heraldic lion and Slovak doublecross. The construction works started in October 1947 and lasted two years. At the 70th Anniversary of the Carpathian and Dukla Military Operation a copy of the original sculpture of the Czechoslovak soldier by Ján Vítek was placed in front of the pylon.

A sculpture of a Czechoslovak soldier in uniform (Present arms) by Jan Vitek used to be in the center of the memorial. On the gable of the memorial there ised to be the Czechoslovak coat of arms with Czech heraldic lion and Slovak doublecross. The communist, however, got it replaced by a metal fiveponted star and a symbol of the Slovak national uprising, partisans bonfire. During socialism the memorial was well looked after with pompous celebrations organised at each anniversary of the battle. The relay race finished here and young pioneers took oaths at the memorial. In 1961 the memorial was proclaimed National cultural landmark. A vast open-air military museum was established in 1965. The present exhibition was reinstalled in 1996 and it documents the military operation for the strategic crossing through the Carpathians. The former battlefield can be seen from the observation tower. 55 pieces of heavy military equipment from the World War II are placed in the open-air museum and along the road to Svidník. In the surrounding forests there are several preserved bunkers. The Death Valley is also part of the museum near the village of Kapišová where the hardest fights with a massive deployment of tanks took place. The memorial was neglected after the Velvet Revolution and almost lost its original meaning. Military History Institute managed the reconstruction between 2012 and 2014. The pylon was refurbished, the fivepointed star removed and an original Czechoslovak coat of arms made of stone restored. The sculpture  Žalujem was removed to the observation tower where an exhibition was open to public. The replica of the original sculpture of the Czechoslovak soldier was unveiled. The whole cemetery was repaired for the celebrations of the 70th anniversary of the battle in October 2014. Every year the anniversary of the Carpathian and Dukla military operation is commemorated here by the veterans, the highest Slovak political representation and general public.

In summer 1944, the Slovak National Uprising broke out against the Fascism and the rebells appealed to Soviets for help. Soviet marshal Konev was ordered to prepare an offensive to destroy Nazi forces in Slovakia. The plan was to push through the old Slovak-Polish border in the Carpathian Mountains via the Dukla Pass. The German resistance in the eastern Carpathian region was much harder than expected. In the meantime, however, the Germans had fortified the region, forming the Karpatenfestung. Five days to Prešov turned into fifty days to Svidník with over 70,000 casualties on both sides.The battle is among one of the most bloody in the entire Eastern Front and in the history of Slovakia; one of the valleys in the pass became known as the Valley of Death. The Memorial is an act of honour to enormous casualties of the military operation and a popular spot of  Slovak and foreign tourists. 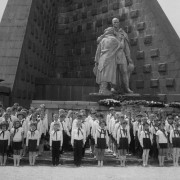 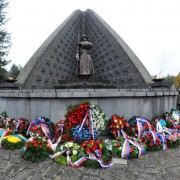 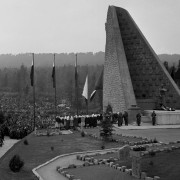 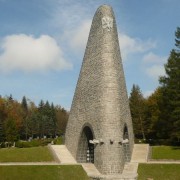 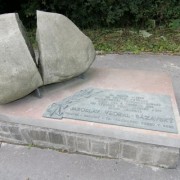 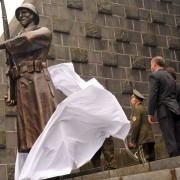 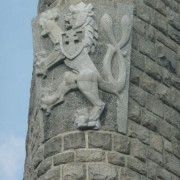 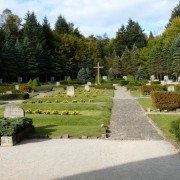 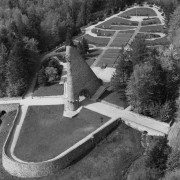 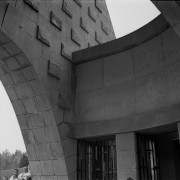