This sculpture is a typical example of how political regimes replace unconvenient monuments by convenient ones. For several decades only a flowerbed was in the middle of the square. In 1972 the topic chosen for a new sculpture was honour to Ludovit Stur, the national revivalist. The author is Tibor Bártfay, a well-known sculptor who participated in many public space solutions in the capital (Slavín, Fountain of the Peace) and architect Ing. arch. Ivan Salay.

Long ago, a Danube meander under the town fortification flowed here. The fortification was demolished in the middle of the 18th Century and a coronation hill was built here (until 1870). Between 1825 and 1890 a nearby floating bridge connected Danube banks. When the river Danube was embanked, a square was created here. In 1897 at the 30th anniversary of Austria-Hungarian Compromise the sculpture of Maria Theresa, enlightened Austrian empress, accompanied by Hungarian hussars, was placed here. The last decades of Austria-Hungray were not the most favorable times for Slavic nations living in monarchy, therefore a newly established republic Czechoslovakia decided to remove Maria Theresa‘s sculpture in 1921 by the help of Czech and Slovak legionaires. In 1938 a sculpture of Stefanik and a lion were placed here. Stefanik, however represents the idea of czechoslovakism, the ideology of one Czechoslovak nation which was supposed to hold the interwar Czechoslovakia together. As a result of disapproval, the Slovak autonomists had the sculpture demolished.

Ludovit Stur is an immensely interesting character in Slovak history. He was very progressive in his times. Unfortunately he often shrinks to nationalist’s agenda and a compulsory Slovak language final exam question. His contribution to Slovak history is quite essential. He was a university professor, politician, journalist, writer, linguist, evangelic priest and a great  inspiration for many people of his and following generations. Sturovci, his companions, were inspired by German romanticism and national revival, they worked hard for upheaval of Slovak nation in times of aggressive magyarization. In 1989 a TV series were made about the life and work of Ludovit Stur. Lately, Stur cafés appeared in Bratislava where menu is in the Slovak language version Stur codified in the middle of 19th C. A docudrama True Stur was made in 2015 and brings fancy way to explain who Stur was. Many streets, squares all around Slovakia and even the town of Štúrovo are named after Ľudovít Štúr. 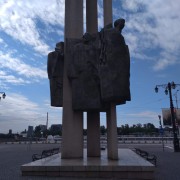 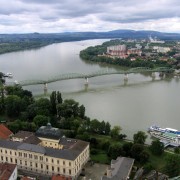 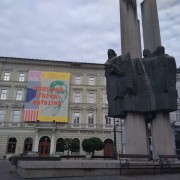 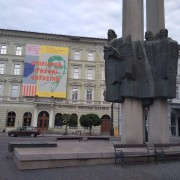 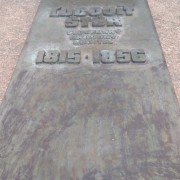 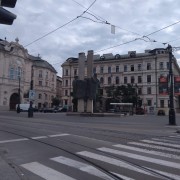