Vajanského nábrežie in front of the building of the Slovak National Museum.

2.20 m high bronze sculpture of an elegant man dressed in a long coat holding a scroll standing on a stone pylon.

The sculpture was unveiled on 28th October 2010 at the anniversary of the declaration of Czechoslovakia Masaryk helped establish. Current sculpture is a copy the original sculpture of Tomáš Garrigue Masaryk was created in 1924 by Prague sculptor Ladislav Šaloun for the building of Zemská banka in Bratislava. The current copy and Masaryk’s  signature imprint  were made by Jaroslav Matějíček z Brna.

The memorial of Czechoslovak statehood was originally unveiled in 1988 at the 70th anniversary of Czechoslovakia with a lion on the pylon. The lion was later moved to the Monument of M.R.Štefánik, which is in front of the new Slovak National Theatre building. Masaryk was unveiled on a smaller new pylon. The original sculpture of Masaryk was made for Zemská Banka, later it was stored in a boiler house and finaly in the deposit of the Bratislava City Museum. Current sculpture is a copy. A signature of president Masaryk by Jaroslav Matejíček was added to the monument. The members of the Old Town Bratislava parliament decided on the monument. The finances were collected in public. In June 2019 the space around the monument was declared Square of T.G.Masaryk and a plaque with his quote was unveiled : 'The man stands a lot if he has a goal'.

Every year on 28th October at the anniversary of declaration of Czechoslovakia commemoration ceremonies take place here. Despite the fact that the day of declaration of Czechoslovakia is not an official holiday in Slovak Republic (with the exception of one-time bank holiday announced at the 100th anniversary in 2018)  as it is in Czech Republic, many people still commemorate this day at this monument by laying wreaths, speeches and honouring common history of brotherly nations. 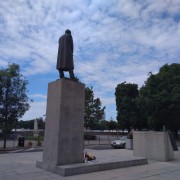 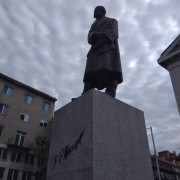 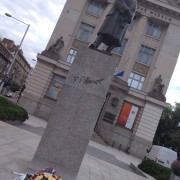 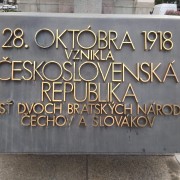 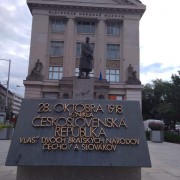 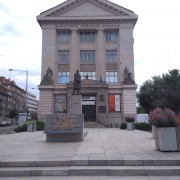 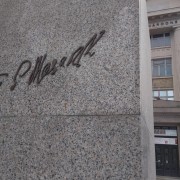