In the middle of the square betwen Gothic church and Art nuveau theatre.

Concrete memorial to resistance and liberation, a ring with epic heroic relief depicting soldiers and the people. The solemn hall in the suterrain is lit from above. There is a place for eternal flame, travertine floor and travertine hooks for wreaths. The hall is closed by two iron ring gates on two sides. The solemn hall is accessible by a wide travertine staircase on one side and a ramp on the other. In the concrete ring there are votive inscriptions to the liberatiors and a poem.

Towns National Committee announced a tender for a memorial to the liberation. The winner was a project by Ing. Arch. Ladislav Beisetzer (profesor at Technical University) and architect Ladislav Snopek. It was completed in two years and unveiled on 9th May 1975.

In the 1970s and 1980s the memorial served as a pietous place for ceremonies to the anniversary of Slovak National Uprising and pioneers taking their vows. After the Velvet Revolution the memorial lost most of its original meaning. It is neglected and need renovation. In the park around the monument the youth spends time, town festivals and cultural events take place.

The memorial is a reminder of the architecture built in Normalization era. Nowadays it is a place of piety and commemoration of liberation. It is not used often and deteriorates. A student of architecture Jakub Ertl prepared a project of renovation with culture hub and tourist centre. 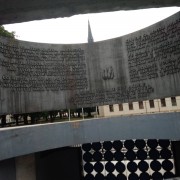 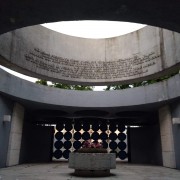 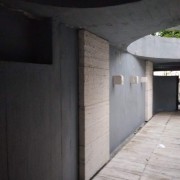 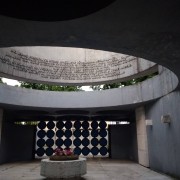 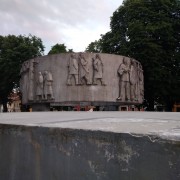 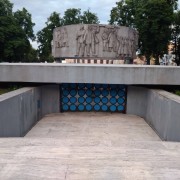 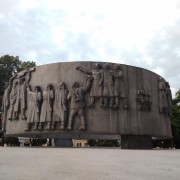 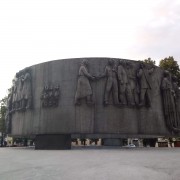 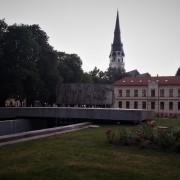 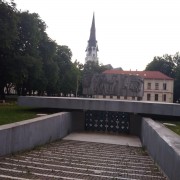