On central square in an old park infront of music pavilion opposite the Župný dom (County house).

Memorial of Ľudovít Štúr on travertine base in the park surrounded by forged fence and flowerbeds.

Since 1867 a statue of Honvéd (Hungarian militia soldier) was here to commemorate the fight for freedom of Hungarians in revolution 1948-9 and to awake national idenity, especially in the youth. After the Czechoslovakia was established many statues with Hungarian topic were demolished all around the new country. Honvéd was batten down which did not prevent it from damage by memebers of Sokol association in the night from 11th to 12th August 1919. All the town was split in two opinion based groups, the officials went on strike fr a day and several people were tried and sentenced. The whole case was ended by general amnesty of the president Masaryk in 1920. The travertine calyx vessel – a symbol of Hussites – was placed on the remaining base. Nowadays it is in front og the town hall. On 30th of October 1949 at the 100th anniversary of the revolution in 1849-9 Matica Slovenská suggested the memorial to Štúr. He used to study in Levoča and in revolutionary years spent some time in the town. The author is academic sculptor František Gibala, who at that time created the memorial to the victims of World War II at local cemetery.

The memorial was declared National cultural heritage in 1963. the remains of honvéd statue (head) and plaster model are placed in town museum together with the details of the whole case. At the 200th anniversary of Štúr‘s birth an exhibition dedicated to his life and work was in Levoča.

The memorial comemorates Štúr‘s connection to Levoča – revolutionary years and his followers chosing evangelic lycee in Levoča after Štúr was banned at their school in Bratislava (Pressburg). The local authorities made efforts to choose timeless and compromising personality to avoid confrontations. In 1948-9 Levoča was home to Slovak voluntary troops and Ľudovít Štúr. In the first days a meeting of local people with revolutionaires was called to the square in front of the County house where the monument of Štúr now stands. 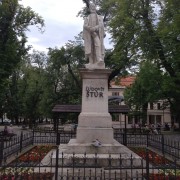 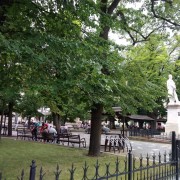 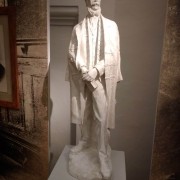 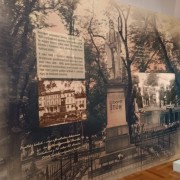 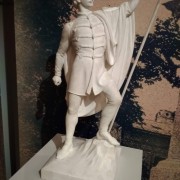 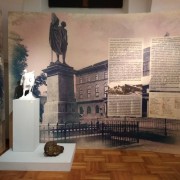 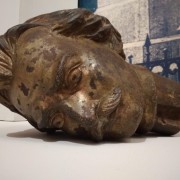