Memorial to the Liberators

The monument is in the historic center, in the southern park on Hlavná ulica and is popular among inhabitants and tourists in Prešov.

Fame to the heroes of Great Patriotic War. Fame to Russian weapon! To our liberators, heroic Red Army from the people of Prešov on 1st July 1945.

Fame to the Red Army, the liberator of Czechoslovakia, from the burden of  Nazi intruders.

Eternal fame to the heres fallen in the battle for liberty and independence of Soviet Union.

In Russian: Proletarians of all countries, unite.

The memorial is composed of plateau with high square pylon covered by marble plates. On the top of the pylon is square calix as a base for four five-pointed stars. Underneath are four symbols of worker’r movement : a hammer and sickle. On the east, north and west side are metal reliefs with inscriptions in Russian and mable tablets with inscriptions in Russian and Slovak. 20 tablets on bottom part of the pylon bear names of the fallen Red Army soldiers.

The memorial was reconstructed in 2014.

The town of Prešov was liberated on Januray 19th 1945 by the armies of 4th Ukrainian front of the Red Army commanded by general I.J.Petrov. State administration and self-governing region, Russian federation ambassador, Slovak union of anti-fascist workers commemorate the victims of war at the memorial as well as Memorial to the bombing of Prešov on the Konštantín Street by laying wreaths and flowers. 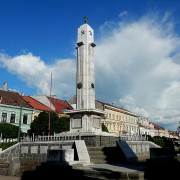 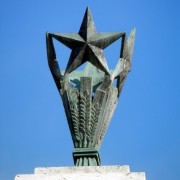 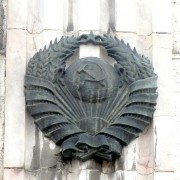 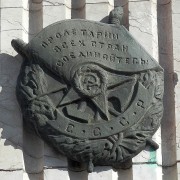 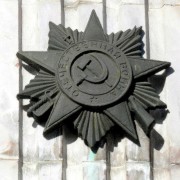 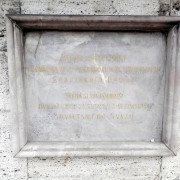 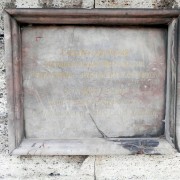 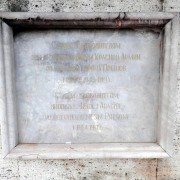 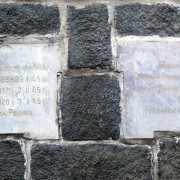 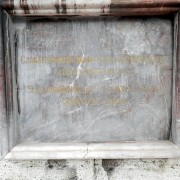