Victims of Nazi perzecution after the oppression of the Slovak national uprising 1944.

On the slope at the edge of the village Kremnička, part of Banská Bystrica.

Here we guard that glorious year of fourtyfour

breathing through the bloody soil

the exclamation of our death should prove the history

painfuly glorious is our pilgrimage beyond the freedom!

A pyramidal pylon with three crosses. Menora and an inscription – verses from a poem, in a stone closure. The monument made of ryolit resembles the master works of architect Jurkovič and uses the elements he applied at the cemeteries from the World War I in Galicia. The slope location and perfect proportions are typical for the author. In 1995 Menora designed by Israeli author Juraj Fatran was added. The dimensions : 2770 x 2400 cm, height 1185 cm

The memorial to the victims of fascism in Kremnička was created right after the war. The author is a renowned architect Dušan Jurkovič, this was one of his last works. In 1994 the Menorah by Juraj Arieh Fatran was added and unveiled a year later. The village of Kremnička is a place of the most brutal massacre committed in Slovakia during the World War II. In the trenches built as the protection of Banská Bystrica – the center of Slovak National Uprising – the Nazi occupants in cooperation with Hlinka Guard in winter 1944/45 murdered here 747 people active in the uprising or of inapproriate racial origin. This is the largest mass grave from World War II in Slovakia. At the majestic memorial annual pietous ceremonies takeplace.

The monument became a national cultural herritage in 1963. The town of Banská Bystrica pland complex renovation.

The trenches ear the village of Kremnička became the place of mass murders between November 5th 1944 and February 19th 1945. 747 victims lost their lives here including soldiers from the uprising, partisans, illegal workers, American and British mission, Bulgarian, French, Czech, Croatian, Hungarian, Polish, Romanian, Russian, Serbian, Ukrainian and many other people. Kremnička is the largest mass grave in Slovakia. The monument commemorates the history cruel due to the high number of victims and the brutality of the perpetrators. 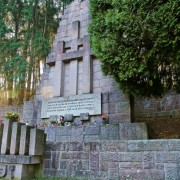 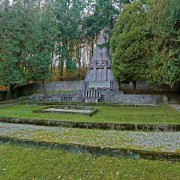 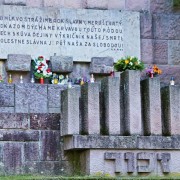 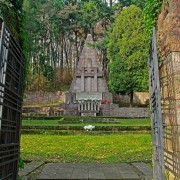 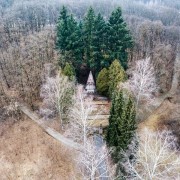 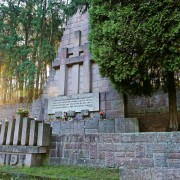 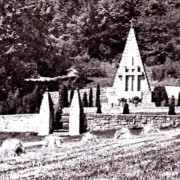 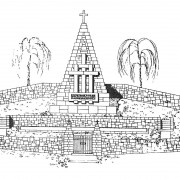