The victims of Mala Fatra military operation during the liberation of Czechoslovakia by the First Czechoslovak Army Corps crossing the mountains around Žilina. The battle of Polom (975m) lasted from 17th to 26th April 1945.

On the Polom hill in the Javorina mountain range there is a white travetine memorial with a bronze sculpture.

No, the thruth can not bleed, the noise of battle doed not stop, you are alive, because the work is alive and happy nations, victorious. To the I. cs. army corps – our liberators

The monument is compose of a high travertine obelisk with reliefs on each side depicting the misery of war, a Czechoslovak state coat of arms and a five-pointed star. Opposite the obelisk is a 3m tall bronze sculpture of a woman protecting othe women with children by academic sculptor  Ľudmila Cvengrošová.

The memorial od the First Czechoslovak Army Corps was build on the battlefield Polom (975m) that lasted from 17th to 26th April 1945 and eventually liberated Žilina. The memorial was built in 1961 but later on due to the limestone mining had to be removed to Javorina (1 076 m n. m.). The authors are architect Prof. Ing. arch. Dušan Kuzma a academic sculptor Ľudmila Cvengrošová.

The memorial honours the victims of hard battles in the last weeks of the World War II. Annual ceremonies take place here attended by highest political representants of the country as well as general public. The First Czechoslovak Army Corps was a foreign military corps formed right after the Czechoslavakia was divided in fascist Slovak Republic and Protectorate Bohemia and Moravia. The anti-fascist soldiers fled the country. Only after the Nazi invasion to USSR the corps gained help of the Red Army and together liberated Czechoslovakia in 1944 and 1945. The corps in January 1945 counted 20000 men. 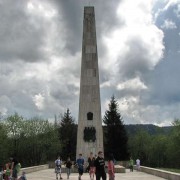 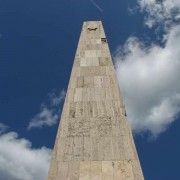 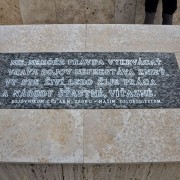 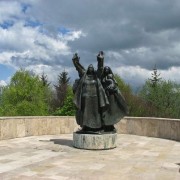 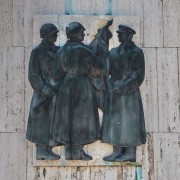 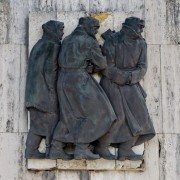 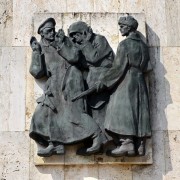 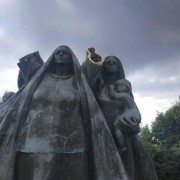 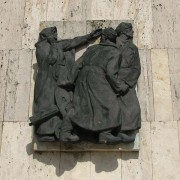