On the busy Square of Slovak National Uprising in the centre of the capital, originally on, nowadays in front of the building where the seat of the Nation’s Memory Institute used to be.

Ján Langoš 1946 – 2006 The founder of the Ústav pamäti národa. advocate of consistent evaluation of totalitarian regimes in Slovakia a man of courage bravery and determination struggling for freedom and democracy

A commemorative plaque with a bust on a marble stela.

After the tragic death of Ján Langoš on June 15th 2006 his family and friends collected money for his memorial – a plaque was unveiled on November 17th 2007 on the seat of the Ústav pamäti národa. The plaque was removed during the reconstruction of the building. The Institute was replaced by the Highest Court and a plaque stored in a stock room. Eventually the bust was placed 50 cm in front of the former place on a marble stele. The author of the monument is academic sculptor Ján Hoffstädter.

Ján Langoš was born on August 2nd 1946 in Banska Bystrica. In the 1980s he was one of the key characters among Slovak dissidents. He participated in the underground university. After the Velvet revolution in 1989 he became a Member of the Federal Assembly of Czechoslovak Federative Republic and appointed the Minister of Interior in 1990 to manage its transformation and dissolution of the communist Secret Police.

In his generation Langoš embodied tireless and consistent resistance to communism as a demonstration of evil and oppression. Langoš led a lifelong fight against totalitarian regimes in 20th Century Slovakia. He made immense efforts to unveil the truth about immorality and injustice. He prepared the Act about and managed to found the Ústav pamäti národa in 2002. He died in a car accident on June 15th 2006. Even years after Langoš‘s tragic death his message has to be defended. The Institute became controlled by the nationalistic Slovak National Party which glorifies the fascist Slovak republic. His plaque was removel during the renovation and transformation to the Highest Court. Then head of the court refused to place the plaque back. Therefore Langoš‘s followers reinstalled the plaque on a marble stele in front of the building. Annual commemoration events take place by the memorial. The Ján Langoš Foundation was established by his wife, daughters and  friends to support and honor the people who showed civil courage while defending human rights, rights of the minorities or while standing for democratic values in society. 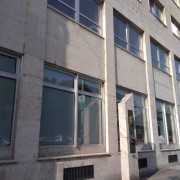 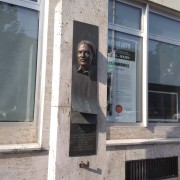 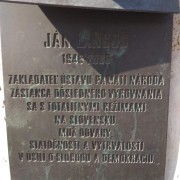