Memorial to the Victims of Iron Curtain

The victims who died while trying to cross the borders between the communist East and democratic West.

By the river Morava where was the Iron curtain for four decades. Nowadays by the bicycle bridge of freedom.

A list of 42 names of victims with the dates of birth and death and the cause of death at the borders.

The memorial symbolizes communist Czechoslovakia divided from the free West by the river Morava.

Author Juraj Čutek created a broken marble plate with engraved 42 names and facts about the people who died while trying to escape from unfree world across the borders.

The memorial was unveiled by the Bratislava discrict, mayor of Devínska Nová Ves, chairman of the board of directors of Nation’s Memory Institute, priest Anton Strholec, a former political prisoner, and the author Juraj Čutek. The memorial was financed by Project Behind the bridge, Bratislava self/governing region, Austrian partners and European Union. The content was delivered by the Nation’s Memory Institute.

Within the project „Behind the Bridge / Za mostom“ a conference about the Iron Curtain took place in Bratislava and a book „Za mostom“ about a common histroy of the contries on both banks of the river Morava was launched.

The memorial here is in strict contrast with the cyclobridge that after many decades connected the West and the East. It commemorates the borders which was extremely strictly observed and the victims who tragically died when trying to escape across this border to the free world. During the Festival of Freedom in November the bridge was closed and the people could cross the borders only with special permission that symbolized restrictions from the past. The names of the victims of Iron Curtain were written on the bridge. The names of the victims of the Czechoslovak Iron Curtain were read during the commemoration ceremony with the name of birth, death and the cause of death which was followed by symbolic shot to the air. The people then lit candles at the memorial. The Bridge of Freedom was finished in September 2012.

Demolition of the Iron Curtain in February 1990: www.youtube.com/watch?v=0Wd6WJUONUQ 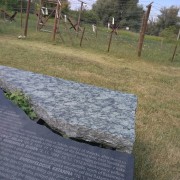 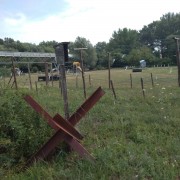 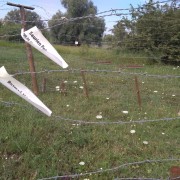 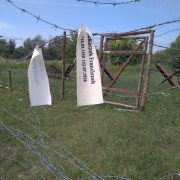 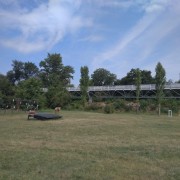