Memorial for the victims of extremism

Student Daniel Tupý is a victim of uninvestigated and unpunished crime that was committed in 2005. The student was attacked without apparent reason as he was on his way to his band rehearsal. Tupý's appearance - his long hair and guitar - seems to be the only reason why the skinheads might have chosen this young philosophy student as their victim.

Metal memorial stands by the river Danube, in front of the Arena theatre building in the middle of trees, where the murder of a young student was committed.

Once in the early morning

or perhaps it was late night

a crow found me

we got caught without any help

with a caw the crow brought black day

maybe it was a dream…

The memorial is almost seven metres high and depicts a flying bird with a broken wing, leaning to the ground, fixed on the bent metal arm. It symbolizes a sudden end of a young life. On the ground, there is an extract from Daniel Tupy’s poem. The sculpture of the bird should warn against the same violent events to be repeated in the future and thus stop flight of a young person.

The memorial was completed in extremely short time. It was unveiled a year after the murder of a young student Daniel Tupy. On Friday night, November 4th 2005, Daniel Tupy with a group of friends was attacked by a group of people on the Danube riverfront. The Police came to the site of crime three minutes later and found six injured people. Unknown criminals stabbed one of the victims eight times and caused his death. The victim was Daniel Tupý, 21 years old student of philosophy. First the offenders were thought to be the right-wing extremists, later the mafia was suspicious. Two years after the murder five people were accused of this crime even if there must have been at least twice more offenders. The judicial proceedings were abate for the lack of evidence. Several witnesses took back their evidence. The memorial was created from bronze by Pavol Dubina and Pavol Brna, and paid via public donation. The memorial was unveiled on 17th November 2006, a year after the murder, with the MPs, Bratislava Mayor and people from local government, as well as NGO People against racism, music bands, and banner with ‘We do not want evil! We do not want nazi signs’. The father of Daniel Tupy gave speech to honour all the victims of extremism and expressed his worries they were not the last ones.

On November 8th, 2005 the performance of ‘Hair’ musical was dedicated to Daniel in Bratislava’s theatre Nova scena. A day later 5000 people marched in Bratislava to commemorate Daniel’s death and condemn neonazism. It was on the international day for the fight against fascism and anti-Semitism and the remembrance day of the so-called Crystal Night of 1938, when Nazi Germany started its pogroms against the Jewish community ahead of the Second World War. Hundreds of people gathered in many Slovak towns on the same day for the same reason. The next day, Daniel was buried in his hometown, Žilina, and the Ministry of Interior founded the Committee for the Coordination of the Fight against Extremism. A week after the murder the protest of 5000 people and a concert ‘Let’s stop the neonazis’ was organized. On 23rd of February 2006 Daniel’s father unveiled a commemoration table on the building of the Comenius University where his son used to study. On the fifth anniversary of the murder, in 2010 the Hommage à Daniel Tupý was organized by the University Library, an artistic dramatic performance prepared and performed by a popular actor Marián Geišberg. On the place of murder a collection of Daniel Tupy’s poems 'The silence after the Angel' was launched.

The memorial on the site of brutal murder of a young man commemorates the victims of violence of extremists groups. The events came to the public attention again in 2019 when the film “By a sharp knife” was launched. It is inspired by the brutal murder and tragic failure of the Slovak Police and Justice to investigate and punish this crime. The people responsible for the crime are most likely connected to the mafia and this might be the main reason why the case was postponed. The father of Daniel is still fighting for justice to be applied and the offenders to be punished. 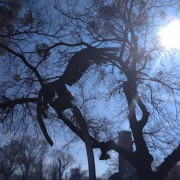 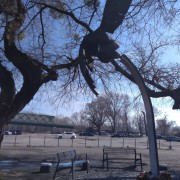 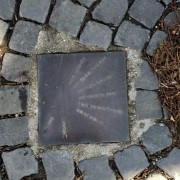 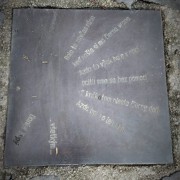