The estimated number of 20.000 victims of the second biggest battle in the closing stages of World War II, during late 1944, in Slovakia.

In Dargov pass in the middle of plateau surrounded by dense forest, by the road E50, between the villages of Košický Klečenov and Dargov. The monument is placed in the middle of a former mine field, 474m above the sea level.

TO THE COMMEMORATION OF THE VICTORY OF THE SOVIET ARMY

OVER THE FASCIST ARMY IN THE BATTLE OF DARGOV PASS

GRATEFUL PEOPLE OF THE KOSICE DISTRICT

The Memorial of Liberation and Victory is a monumental sculpture of three persons: a soldier with an automatic weapon, a rural woman at his left side and a worker man at his right side. A wide stone staircase leads to the monument. There is a large paved plateau in front of the sculpture with red rose flower beds to commemorate the blood shed at the battle field. The Hall of battle fame is situated to the left of the memorial with a little exhibition of various objects such as arms, uniforms, leaflets found in the battle field over the years of research and a cinema where war documents are shown occasionally. The information panels describe the second bloodiest battle in Slovakia which lasted seven weeks and costed 20.000 soldiers their lives. Not only soldiers, but also the civilians suffered. Many refused to be evacuated and went into hiding in forests while the front line moved to the west. Next to the Hall of battle fame is a little memorial with the names of two victims who lost their lives while researching the former battle field. Across the road there are two more exhibits placed - a soviet tank T-34/85 and a tank destroyer SU-100.

The memorial was unveiled on April 3rd 1955 at the 10th anniversary of the Declaration of Kosice Government Programme which was a document of the first administration of the National Front of the Czechs and the Slovaks after the World War II. The celebration of the 10th anniversary of the declaration culminated on Monday 4th April with a large manifestation of 70.000 workers in front of the Memorial of the Soviet Army at the Liberation Square in Kosice. The delegation of the Communist Party and the Government led by member of the Bureau, president Antonin Zapotocky and all guests went from Kosice to Dargov near Sečovce to unveil the Memorial placed on the former battlefield where the Soviet Army battled for the liberation of Slovakia. The author of the sculpture is Vojtech Loffler from Kosice and the architect B.Jansky.

In 1965, the memorial was moved by heavy technology further from the road and a red rose orchard was planted around it to commemorate the blood shed on the battlefield. Every year a commemoration of wartime anniversary takes place in May usually with the presence of local and national politicians. In 2015, the monument was partially renovated and on May 8th the Hall of battle fame reopened due to the help of local Military History Clubs. Due to repeated robbery, the original exhibition was moved to the Institute of Military History - the Svidnik department, a former Dukla museum.

An educational track leads through the forests with military technology exhibits, reconstructed bunkers and military posts. In May within ceremonies for the Day of Victory over the Fascism, which is a public holiday in Slovakia the wreaths are laid here. The representants of the Presidential Office, state and regional administration, mayors of surrounding villages and the public commemorate the Anniversary of the End of the World War II. The ceremony usually includes historic military equipment and armament and preview documentary war films in a little cinema next to the Hall of battle fame. The exhibition with information panels about the military operations in Slanske Hills in December 1944 and January 1945 was created by local Military History Clubs. Generally this place is very well known among the locals and people stop here when travelling nearby. 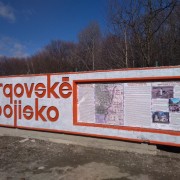 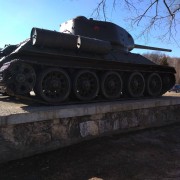 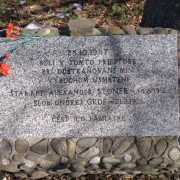 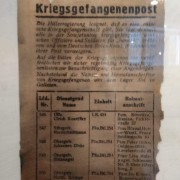 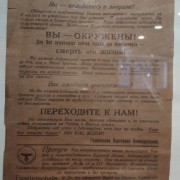 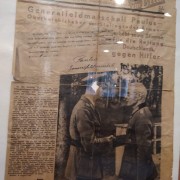 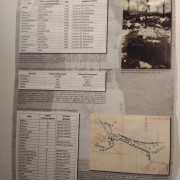 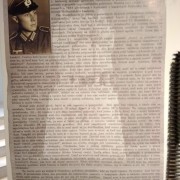 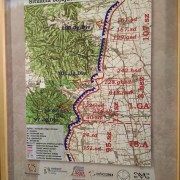 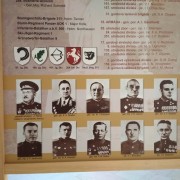