On the memorial is the inscription in the Czech language:

The memorial consist of granite stone on which the black plate with the inscription. The dimension is  approx 1 m x 0,5 m

The memorial was unveiled during the communist period as the glorification of the member of the Border Guard soldier, who was killed during the shooting incident with the group of CIC courier Josef Hasil on 7 December 1949.

The members of the Club of the Czech Frontier (NGO), some of them former members of the Communist Border Guard, organise commemoration events here. The district cuncil of the Club is named after Radouš Kočí. The plase is also visited by the people who are interested in biography of successful courier Josef Hasil. Since half of the 1950t`s Hasil lives in the USA. 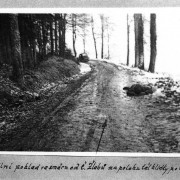 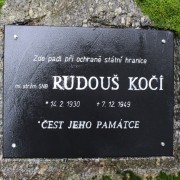 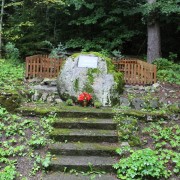 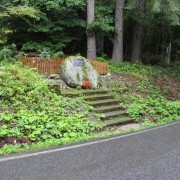