Monument to the violent evictions of peasant families

The monument is situated on the village square of Lhotka u Tasova, next to the chapel of St. Cyril and Methodius.

In the period of the Communist regime in the years 1951-1952 there were unreasonably punished families of the local farmers and peasants – their property was confiscated and they were re-settled (descriptive No. 1 – Rozmarýn family; No.2 – Lys Family; No.3- Rousa family; No.4 Studen family; No. 5 – Rousa family; No.6 – Zezula family – property conficated; No.7 – Malach family. The majority of the farmers was fined and they were sentenced for ipmrisonememnt. After 1989 they all were rehabilitated. This plaque is devoted to the memory of all peasants who suffered the same injustice. Do not allow to rais of new totality! Dedicated by the villages of Ruda and Tasov.

The memorial consists of 2 ton stone block from the Ořechov mine on which the plaque from the light granite from Mrákotín is situated with additional inscription. The work was done by Zbyněk Zedníček. Material: granite. Dimensions: 1,5 m x 0,5 m.

In the beginning of 1950`s all peasants from the village Lhotka near Tasov were ordered to appear at the show political trial in city of Valašské Meziříčí. They were sentenced for not filling the prescribed state contingents and their properties were confiscated, they were resettled from the district and banned for entering it forever. They were sentenced for 6 months unconditionally and fined 40.000 crowns. Sentenced were Rudolf Rozmarýn (Lhotka 1), Marie Lysá (Lhotka 1), Metoděj Rous (Lhotka 3), František Studený (Lhotka 4), František Rous (Lhotka 5), Bohuslav Zezula (Lhotka 6). The property of  Mr Josef Malach was confiscated, he was not resettled. Mr Metoděj Rous died before resettlement. Mrs Ludmila Rousová was allowed to move with her daughter to Koněšín. Her fields were attached to the State Homestead in Křeptov. In paradox the confiscated buldings served later for another violently resettled families from other vilages or it remained unoccupied or left empty and started to fall into the ruin. Village of Lhotka was one of the most destroyed villages, not only from the regional perspective.

The memorial was unveiled on 10 September 2011 at the 60 anniversary of the beginnining of the political show trial with the local peasants (Kulaks). It was initiated by the village of Ruda and Lhotka near Tasov. The memorial was unveiled in the cooperation with the Czech Association of Privat Farmers. (ASZ). The association continues in the farmer traditions and helps to keep the memory of those persecuted farmers. As an accompanying event the exhibition with the historical photographies and documents was openned. As a part of the official ceremony the holy mess was celebrated and the memorial was consecrated by Mr P. Pavel Kryl. The novel by Ms Františka Kolářová The power of Hope which is decribing the collectivisation of the Czecch-moravian highlands was introduced as well.

It remarks local farmer traditions and repressions against them during the communism period.

It is a site of local memory, but also with the scale of the repressions it extends the regional meaning. 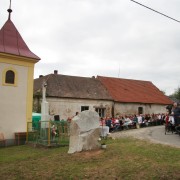 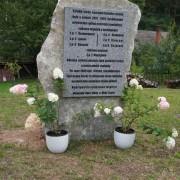 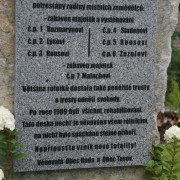 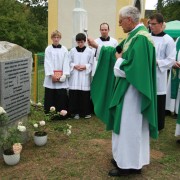 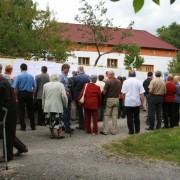 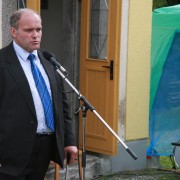