Monument to the Upper Silesian Tragedy 1945

The monument is dedicated to the victims of the Upper Silesian Tragedy.

The monument stands on a square in the street in Bytom Miechowice district.

In memory of all innocent victims of crimes committed by the Red Army and communist security apparatus in Upper Silesia - murdered, devoid of honour and dignity, forcibly deported to the USSR, martyred in gulags on "inhuman land", illegally imprisoned in prisons and camps. Eternal Memory and Honour to the Victims of the Upper Silesian Tragedy!

The main part of the monument is an old railway car (about 10 m wide and 3 m high) placed on a slightly wider pedestal. The rails on which the wagon stands are elongated and curved upwards, topped with the shape of a cross (this symbolizes death or the way to eternity). A bronze bas-relief depicting the deportees was placed in the car's doorway (miners' lamps and a pickaxe make it possible to recognize miners among others).

The Upper Silesian Tragedy are called events related to the repressive policy pursued by the Polish and Soviet authorities in Upper Silesia immediately after the end of World War II in 1945. As a result, many indigenous people, often regarded as Germans, were deported deep into the USSR or found themselves in camps and prisons. The victims of the deportations included miners sent to work in mines in the USSR. It is estimated that between 50 and 90 thousand people were deported from the Upper Silesia. The monument was created on the initiative of the Social Committee headed by Kazimierz Szaliński and the Bytom authorities. The unveiling of the monument took place on 6 November 2015 in the presence of residents and representatives of state and local government. The monument was consecrated by Bishop Jan Kopiec. The ceremony was part of the Year of Remembrance of the victims of the Upper Silesian Tragedy announced in 2015 by the Silesian Parliament.

The monument commemorates events that could not be officially mentioned during the communist era. Its importance is emphasized by the fact that it recalls events related to the local dimension of the suffering associated with the construction of the communist dictatorship in Poland. At the monument, the Upper Silesian Tragedy Remembrance Day (January 27th) and the National Day of Cursed Soldiers are commemorated. In case of the second one, the decisive factor is probably the reference to the sufferings and repressions of the communist period. 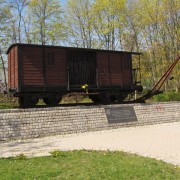 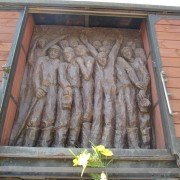 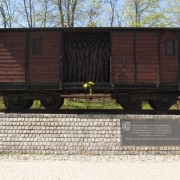