International Monument to the Victims of the Auschwitz-Birkenau Camp

The monument was dedicated to the murdered in the Auschwitz-Birkenau extermination camp between 1940 and 1945.

The monument is located in the central point of the Birkenau camp space, at the end of the "death road".

For ever let this place be a cry of despair and a warning to humanity
Where the Nazis Murdered about one and a half million
men, women and children, mainly Jews
from various countries of Europe.
Auschwitz-Birkenau 1940-1945

The monument has a universal form, and its creators intended it to serve only as a supplement to the camp, which in itself is a monument and a memorial. The monument consists of piled up stone blocks (spread out over a length of about 100 m), dominated by one higher block, about 4-5 m high. On this block there is an inverted triangle resembling badges worn by camp prisoners. On the cobblestone platform in front of the monument there are 23 bronze plaques with the same inscription, in different languages.

Auschwitz-Birkenau was the largest of the concentration and extermination camps and centers established by Nazi Germany. It is estimated that about 1.1 million people lost their lives there, the vast majority of whom were Jews (about 960 thousand). The initiative to build a monument at the Birkenau camp was launched in the 1950s. In 1957, the International Auschwitz Committee, which was formed by former prisoners of the camp, announced a competition to design a monument. The basic idea was that the future monument should not disturb the reserve character of the camp space. Finally, the Italian sculptor Pietro Cascelli was commissioned to create the monument. The unveiling ceremony of the monument gathered 200 thousand people on 16 April 1967. Among them were the then Prime Minister of the Polish People's Republic and former Auschwitz prisoner Józef Cyrankiewicz, and Soviet general Vasily Pietrenko, one of the commanders of the Red Army units that liberated the camp on 27 January 1945.

The monument, as well as the preservation of the camp intact, was to be a testimony to the cruelty and criminal nature of Germany's actions during the war. However, the pronunciation of the monument, which was an expression of the historical policy of the People's Republic of Poland, was aimed at polonization or internationalization of the issue of victims. The Jews were to be only one of the many ethnic groups murdered in the camp, of which Poles were most often mentioned first. It is significant that in the original version, the inscriptions spoke generally about the victims, not to mention that they were mainly Jews. Neither the name nor the sculpture itself in any way indicate the ethnic origin of the vast majority of the victims.

Currently, the monument is visited by numerous groups from around the world. The main ceremony of the March of the Living takes place in front of the monument every year. During the March, young Jews from all over the world and their Polish peers pay homage to the victims of the Holocaust. At the monument, ceremonies are also held on the International Holocaust Remembrance Day (January 27th - date of camp liberation). Delegations of national authorities and heads of other countries take part in them. The monument is also a place in front of which the world leaders visiting the camp pay tribute to the victims. The monument was also visited by three successive popes: John Paul II, Benedict XVI and Francis. Currently, the inscriptions on the plates indicate that the victims were mainly Jews. However, the ceremonies are used by Polish politicians to emphasize that it was the Germans who were the perpetrators of the Holocaust and to remind those Poles who saved Jews. This is important in the context of the ongoing historical dispute over the participation of Poles in the murder of Jews during World War II and the term "Polish extermination camps" appearing in the West. 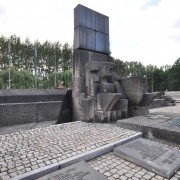 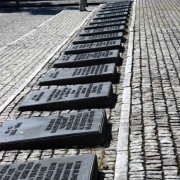 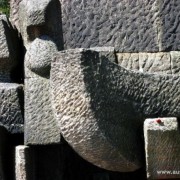 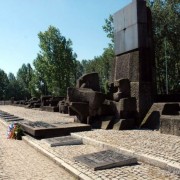 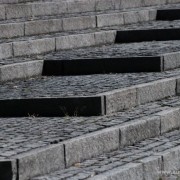 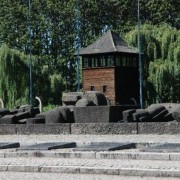 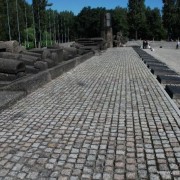 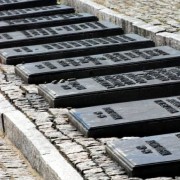 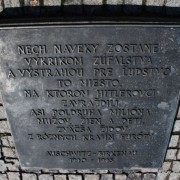 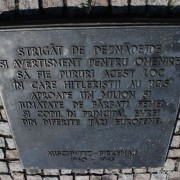