Monument to the Uprising

The monument is dedicated to the memory of Polish insurgents of three Silesian Uprisings - which took place in 1919-21 for the national belonging of Silesia.

The monument is built near the town, far from the buildings. It is located on the edge of a cliff, below which there is an amphitheatre. Special access roads lead to the monument.

There is no inscription on the monument

The monument is built on a pedestal on a square plan. It is made of four pylons connected by an architrave. On the pylons are carved scenes symbolizing the Polish struggle against Germans for Silesia. The whole monument is made of granite. The height of the pylons: 11 meters.

After World War I, Silesia became a disputed area between the newly founded Polish state and Germany. This led to the outbreak of an open conflict - which Poles call Silesian Uprisings (they took place in the years 1919-21). The final affiliation of Silesia was decided by a plebiscite. St. Anne's Mountain found itself within the German state. In 1938 the Germans unveiled a mausoleum commemorating those who died in the fight against Poles. In 1945, after World War II, when Silesia was incorporated into the Polish state, the German monument was demolished. The same year the state authorities, supported by the veterans of the Silesian Uprisings, announced a competition for a monument to commemorate the Polish struggle for Silesia. The official unveiling of the monument took place in 1955. The author of the new monument is Xsawery Dunikowski.

Throughout the whole period of the communist rule in Poland, the monument was a place of celebrations of local, provincial and national character - organized on May 21, on the anniversary of the fights on St. Anne's Mountain. However, two main narratives can be clearly distinguished: for the veterans of the Uprisings as well as for the local population, the monument was a reminder of the Silesian Uprisings and the struggle for the Polishness of Silesia. For the state authorities, a reminder of the Silesian Uprisings was the starting point for a narrative about the eternal Polishness of the Recovered Territories (now western and northern Poland) and the fuelling of resentment towards the Germans. Less attention was paid to the importance of the place for the people who had personally remembered the Uprisings.

The monument is still a place of local and provincial ceremonies commemorating the Silesian Uprisings - organized on May 21, on the anniversary of the fights on St. Anne's Mountain. After 1989 and the fall of communism, the anniversary celebrations lost the importance given to them by the communist authorities. The anti-German character of the Uprisings was also discontinued, as well as the Polishness of the Recovered Territories was no longer emphasized. Contemporary celebrations serve primarily to build local identity. 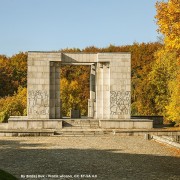 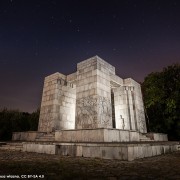 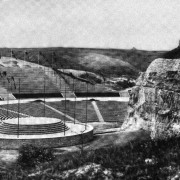 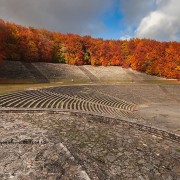