Memorial to the Victims of the Holocaust in Romania

Victims of the Holocaust in Romania.

The memorial is located in the centre of Bucharest, close to Splaiul Independenţei, at the intersection of streets Anghel Saligny, Mihai Vodă, Ion Brezoianu and Lipscani.

As the Nazis and their allies and collaborators implemented plans to destroy the Jews of Europe (which would come to be known as the Holocaust or Shoah), the Romanian state unleashed its own systematic persecution of the Jews, which was heralded by the antisemitic legislation of 1940. The pogroms in Dorohoi and Galaţi, in June 1940, as well as those in Bucharest, in January 1941, and in Iaşi, in June 1941, left thousands dead and marked the beginning of the organized of Romanian Jewry. In October 1941, the regime of Ion Antonescu began deporting the Jews of Bessarabia and Bukovina to Transnistria, launching a genocidal campaign to eliminate de country’s Jewish population between 1940 and 1944. The Romanian state was responsible for the deaths of at least 280,000 Romanian and Ukrainian Jews. Twenty-five thousand Roma were also deported to Transnistria, where 11,000 died. In the spring of 1944, the occupying Hungarian authorities in the north-western regions of Romania deported 135,000 Transylvanian Jews who were murdered in Auschwitz by the Nazi Germany. The Romanian nation and their government erected this memorial as a permanent place of remembrance and as a warning addressed to future generations.

The memorial is built from several elements. The centrepiece is a massive concrete building, unfinished, below street level, which reminds one of concentration camps. The memorial ensemble also includes: two art installations made of desecrated tombstones from the cemeteries in Odessa and Bucharest and five sculptures placed around the central perimeter:

-The memorial column, 17 meters high, cast in iron. Each side of the column has a letter forming the word 'Zachor' - 'Remember';

-The star of David - symbol of the Jewish people, who had to wear a yellow star as a distinctive sign to oppress them.

-The Wheel of the Roma

-Via Dolorosa - it symbolized a railway, reminding one of the death trains which came after the pogrom in Iaşi in 1941, but also of the way in which Jewish and Roma people alike were deported to the camps in Poland and Transnistria.

-Epitaph - sculpture composed of a massive iron container, inside which lie fragments of rock cut on a side, inspired by the bulldozers which pushed the tortured corpses of victims. Visitors can lay a stone here, as per the Jewish custom.

Every year on Holocaust Remembrance Day in Romania, on 9 October, the Memorial hosts ceremonies of commemoration for the victims of the Holocaust. 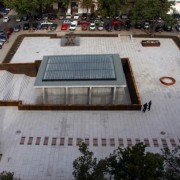 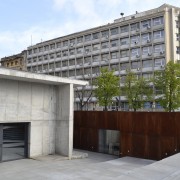 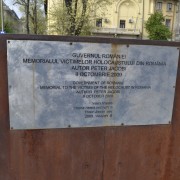 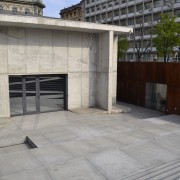 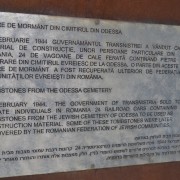 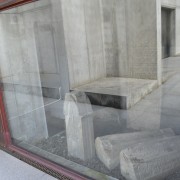 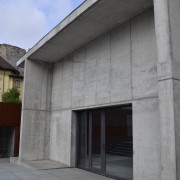 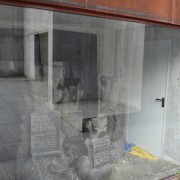 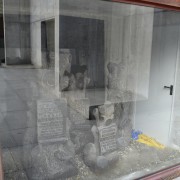 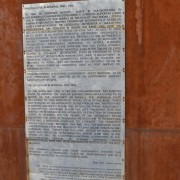