Road of no Return

The Jewish victims of Holocaust who were concentrated here before the deportations to the extermination camps in Poland.

The Memorial “Road of no Return” is located by the military barracks on the very place where a concentration camp was during the World War II. from which the Jews were deported to the extermination camps in Poland.

Thousands of Slovak Jews were deported from this concentration camp to the death camps between March and October 1942.

This memorial was unveiled in 2004. It was created in memory of the past and as a reminder for future generations by the initiative of the Mayor of Zilina Eng. Jan Slota. Design and model: Jakob Enyedi and Arieh Klein from Jerusalem (born in Zilina).

On the ground there are train tracks as a symbol of deportations of Jews. A sign on the train tracks says in Slovak, Hebrew and English: Cesta bez návratu – דרך ללא חזרה – Road of no Return. A symbol of Judaism and Jewish nation, a David’s star is on the memorial pylon “Road of no Return”. The author Arieh Klein designed a six-pointed star made of two equilateral pyramids so that it attracts attention from different angles and the distance. Next to the train tracks there is an uneven rock with a sign.

The star weighs 80kg and was made in Israel. In the Jewish tradition the star symbol was on the coat-of-arms of the King David’s warriors (1031 - 931 BC). In 1930’s and 1940’s in Nazi Germany and the countries it occupied all the Jews older than 6 years were obliged to wear the star with the sign JUDE in the middle. Today blue David’s star is on the Israeli flag.

The Jewish inhabitants appeared in Zilina only in the second half of the 19th C. By that time only two Jewish families were allowed to live in the town and the Jews were allowed to enter the town during the day and obliged to leave it by the night. In 1850 a prayer hall and a cheder (a Jewish school) were built. In 1881 the religious community was big enough to build their own synagogue. Makabi, the Jewish sports club was founded with additional activities in education and culture. In 1942 there were 3500 Jews. In 1942 a concentration camp was founded in Stefanik’s military barracks in Rudiny district and the transports to extermination camps started here. The Jews from all over Slovakia were concentrated here, often the whole families, men, women, children. They stayed in wooden barracks and slept on straw in wooden bunk beds. There were 150 - 1200 people in the camp at one time. In total, 18 223 Jews were transported from here. The seat of the Jewish Religious Community on 9 Holly Street was built in 1934. This is the very place where the first refugees from Auschwitz concentration camp - Rudolf Vrba and Alfred Wetzler were hidden and completed their 30-page report about the atrocities committed to the Jews in Auschwitz. Their report about mass murders of the Jews was spread to the whole world. This report is one of the most important documents of the 20th C.

After the World War II this building served as the accommodation for the survivors from the concentration camps. Zilina is the place where Vrba and Wetzler’s escape from Auchwitz ended. Nowadays the Vrba Wetzler Memorial - a 130km long track that copies their escape route is organized every year to commemorate the bravery of the two men. 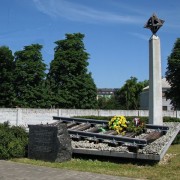 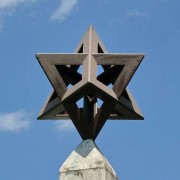 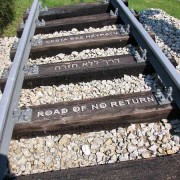