Sigmund Steiner and his family – a well-known Bratislava family, the founders and owners of the antiquarian bookshop.

In the middle of the Bratislava Old Town on a busy street opposite the University Library.

In this house in 1847 Sigmund Steiner established antiquarian bookstore STEINER. The Steiner family lived here from the 19th Century (except during the Holocaust) through the first half of the 20thcentury. This memorial plaque is also in the memory of 16 members of the family who died in concentration camps in 1942 – 1944. May their sould be bound up in the bond of everlasting life. Remember and never forget! June 2012

In 2012 the descendants of the Steiner family unveiled a plaque on the antiquarian bookstore STEINER.

The history of this antiquarian bookshop begun in 1847 on the Jewish street in Bratislava, then Pressburg. A poor Jewish widow Josephine Bendiner, né Künich, started with selling and borrowing books her brother brought her from Vienna.  Josephine got remarried and her new husband Sigmund Steiner took over the business. The antiquarian bookshop moved to the city center after the Jews were finally allowed to move there. The Steiner family managed the bookstore for almost a century when the store was aryanized by popular writer Ľudo Ondrejov. For a short time, the Steiners worked for him. However when the deportation started, Ondrejov reported them to the authorities as useless. 16 members of the family was murdered in concentration camps. The Steiner tradition continues with the bookshop reopened only in 1991 by Selma Steiner and a new owner. Nothing remained saved from the original bookshop. The books were aryanized by Matica Slovenská and the books stored at Steiner’s friend were demaged by the Soviets during the liberation of Bratislava. The new Steiner bookshop started with new owners own books and nowadays is specialized to ancient prints from 16th to 19th Century and ancient graphics and humanities.

The plaque is a commemoration of aryanization in Slovak Rebublic during World War II. Aryanization is expropriation and redundancies of the Jews – the forced expulsion of Jews from business life in favor of the Non-Jews, so-called Aryans. For that purpose the Central Economic Office was created as main tool of expelling the Jews from economic and social life in Slovakia. During World War II aryanization affected all Jewish property (capital, real estate, businesses). From the total of 12 300 enterprises in Jewish ownership over 2200 were aryanized and over 10 000 liquidated. The database on the website of the Nation‘s Memory Institute uses the evidence of  the Central Economic Office, Ministry of Economy and Hlinka’s Guards in 1942 – 1944. Aryanization was supposed to help Slovak economy prosper. However, it went on in chaos. The state suffered enormous economic losses by the fact that many of the aryanizators led their enterprises to bankruptcy and the value of the enterprises (the liquidation or the general value) which the aryanizators were obliged to pay for the overtaken enterprise was only assessed slowly and in no case the full value was ever paid. Only the members of the Hlinka Slovak People’s Party and Hlinka Guards benefitied from the aryanization. However, they were not interested in long-term management or they were not capable of it. In the result the Jews were totally pauperized and thus became a social and economic burden for the state which concentrated them in work camps in Slovakia and soon started the deportations to the Nazi concentration and extermination camps. Estimated number of 70000 Slovak Jews were murdered in concentration camps.

Aryanization in the Slovak Republic 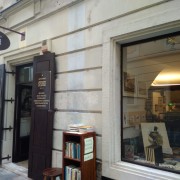 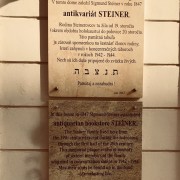 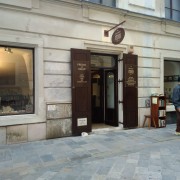 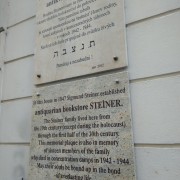