Memorial of the Candle Demonstration

On Hviezdoslavovo Square between the buildin of Slovak National theatre and Slovak symphonic orchestra (Reduta).

In honour of the Candle Demonstration 25th March 1988.

On a paved  triangle there is a spheric memorial made of  granit, glass and metal 97cm hih and with diameter 125 cm. On a trianle there is a sign In honour of the Candle Demonstration 25th March 1988.

On 25th March a quiet demonstration for respecting reliious and civil rights and freedoms in socialist Czechoslovakia took place at Hviezdoslavovo Square. The communists after February 1948 when they came o power restricted freedom of religion, banned all orders, left only one seminary and created a organization Pacem in Terris that collaborated with the communist regime. Almost one third of the priests were its members but the Pope did not approve it. The secret Fatima Church was founded by laymen – the religious people would  gather in their homes, prayed together and read the Holy Scripture. As the religious books were banned, they were printed in secret as samizdats. The original idea of an organized protest came form abroad: the vicechairman of the Slovak World Congress, Marián Šťastný, a former hockey player wanted to organize protest meetings in front of Czechoslovak embassies around the world for observance of the religious rights and freedoms in Czechoslovakia (did not happen eventually). The letter with this idea was sent to dissident Ján Čarnogurský hidden in chocolate bar. The secret Church members in Slovakia organized 30-minute quiet meeting holding candles. The main organisers were František Mikloško, Ján Čarnogurský, Silverster Krčméry and others. The memorial was desined by Mgr. art. Patrik Kovačovský for the 20th Anniversary of the Candle Demonstration.

In compliance with the law the demonstration was announced to the authorities as a quiet demonstration without political speeches, for appointment of the bishops, total religious freedom and observance of law in Czechoslovakia. The announcement was spread by word of mouth on the radio Voice of America, Radio Free Europe, Radio Vatikan, by homemade leaflets and posters. Five thousand people gathered at Hviezdoslavovo Square to pray and sing on 25th March 1988 and further 6000 people were blocked in the streets leading to the square. However, the main organisers were arrested in the morning – some at home. The Public Security reacted by blocking traffic to the capital, changes in public transportation system in Bratislava and blocking the streets leading to the square. TV exceptionally showed an extremely popular movie Angelika to distract the people. Around 1000 policemen and water cannons were employed to supress the quiet demonstration. The event was observed by the committee from a nearby hotel Carlton. 126 Czechoslovak citizens and 12 foreigners including accredited reporters were arrested, many people brutally attacked by the Police regardless of their age and peaceful behaviour. The worldwide news reported on the events that night. Solidarity and protests against violence were expressed by many organisations, including Charter 77. Brutal suppression of the quiet Candle demonstration by the Public Safety (then Police) and State Security (then secret police) violated civil rights and freedoms – especially freedom of gathering guaranteed by the Constitution of CSSR and by international treaties ratified in  Czechoslovakia : International Pact on Civil and Political Rights (1976), Helsinki Accords (1975) and Madrid conference (1983).

The Candle demonstration was the first mass demonstration against the communist regime in Czechoslovakia since 1969. It encouraged many people. A year and a half later the communist regime in Czechoslovakia fell. The candle demonstration is a well-known event, many organisers became important actors of the Velvet revolution. Mikloško and Čarnogurský were arrested on the day of demonstration, the latter sentenced to prison. After the Velvet revolution they became high rank politicians. František Mikloško became the Parliamentary Speaker and Ján Čarnogurský became the Minister of Interior. Both are still active in public life. 25 March has become Struggle for Human Rights Day in Slovakia, commemorating the Candle demonstration. 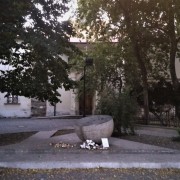 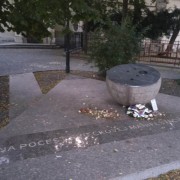 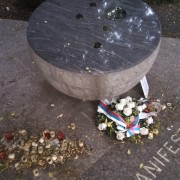