Jewish – former inhabitants of Bardejov, the victims of Holocaust.

In the city center of the historic town Bardejov (UNESCO) in a little street leading to the main square.

Everybody has a name.

The memorial of rectangle ground plan is located in the authentic suburbium and copies block of houses in the street – reminds of oriinal one storey suburban buildings in historic area where the Jews used to live. The space is divided to 'in' and 'out' with good visual connection that illustrates separation and inclusion of the Jews in majority of the society. The masonry alternates with the bars so that the memorial is easily visible without entering. David‘s star made of two overlapping stone and steel triangles laid on the rails is opposite the entrance. A steel plaque is on the base with the words Never more. The monument is placed on the original rails symbolizing the deportations of the Jews from Bardejov to concentration camps where most of them perished. On the left there are 14 granite tablets in the shape of tombstones with the names of more than 3000 victims of Holocaust from Bardejov listed as families and a free space for many other names of people whose faith is unknown. The other five tablets are filled with the history of the community with the names of the Righteous who helped Jews in Bardejov survive. The verse Everybody has his name that comes from Israeli poem by Zelda is above the names of the victims written in four languages.

The memorial was suggested by Bardejov committee for preservation of Jewish heritage to document Bardejov Jewish community history, protect its cultural heritage and commemorate and honor the victims. The monument was unveiled on 24th June 2014 with dignitaries and guest from all over the world, general public and Bardejov municipality. The memorial was designed by Giora Solar, an internationally renowned preservation architect and the construction architect was Miloslav Olejar.

In the 18C Jewish suburbium was built on the western fortification of Bardejov with a synagogue, ritual bath, school, library and slaughter house. During the World War II the Jewish people were murdered and only a few escaped. The houses were abandoned and neglected after war, many were demolished or used for inappropriate purposes.

The memorial educates and tells the true story of Bardejov community. It reminds of fragile freedom, community and life. The Jewish community of Bardejov was completely destroyed during the Holocaust, no Jews live in Bardejov today. Bardejov’s Holocaust victims were denied the dignity of a burial, therefore the Bardejov Holocaust Memorial serves as a memorial to Bardejov’s lost Jewish community and to the victims. There is a light, symbolizing the 'eternal light' (Ner Tamid) in synagogues and the 'soul light' (Ner Neshama) lit during the annual commemoration of the day of one’s death. 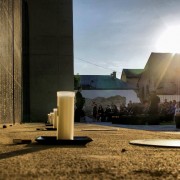 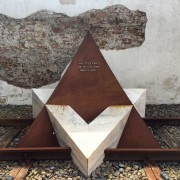 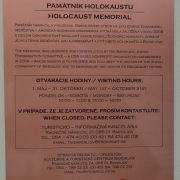 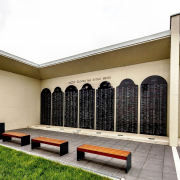 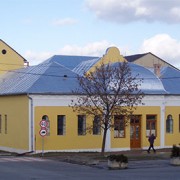