The memorial is a dominant to the east of the city center of Banska Bystrica. It is situated by former fotification.

Memorial was open to public on 29th August 1969 at 25th Anniversary of SNP by the government decree of Slovak Socialist Republic no.255 from 15th September 1982 was declared national cultural heritage

An epic building on a hill is composed of two parts, horisontal base and an object split into two parts connected by a glass bridge. A wide open staircase leads towards the building which is a monumental memorial and museum at the same time. The split in the middle of concrete shell symbolizes a clash, the war. The   museum is lit through glass walls on the inner sides. There are scientific labs, library, cinema, lecture hall, exhibition hall and depository and storages in the basement. In the solemn hall in the middle of the monument there is the sculpture 'Victims warning' by Jozef Jankovič unveiled in 1969 and always an eternal flame by the grave of an unknown soldier. The outdoor museum of military technology is behind the museum. The most interesting object here is the airplane Li2. The exhibition contains valuable period photographs and objects. Several commemorative tablets are displayed here. One of them is dedicated to the victims of the Holocaust in Slovakia (1939 - 1945), the second one to the victims of the Roma Holocaust (1939 - 1945) and the third to all of them - with this inscription: 'In the years of Holocaust (1941 - 1943) they were bereft their basic human rights and human dignity. A symbol of their living became a shovel and spade. Most of them dedicated and many of them lost their lives in Slovak National Uprising...'. On the wall there are blockstones with the names of places of the heaviest battles for liberation of Slovakia.

In 1953 the Slovak Academy of Sciences suggested to create the museum of Slovak National Uprising with scientific research and documentation of SNP. The architect Dušan Kuzma won competition in 1959 and prepared the project for 10 years together with the sculptor Jankovič. The construction started in 1966 and lasted three years and required demolishion of several streets. In 1969, the Museum of Slovak National Uprising was moved to a brand new building of epic architecture of the Memorial and thus opened a new permanent exhibition aligning with European standards regarding its content, technology, artistic design in unconventional space. The exhibition was then accompanied by four audiovisual programmes which was quite an avantguard and unique concept in terms of expression and communication with visitor.

The Normalization strongly affected the Museum of Slovak National Uprising. The Communist Party committees decided to change the content as well as the artistic design of newly opened exhibition already by the end of 1969. The hall of piety also changed in 1972 when the expressive sculpture of the Victim’s warning was replaced by the symbols of a hammer and a sickle. It was returned in 2014.

The Museum of Slovak National Uprising offers a wide range of educational activities for schools, teachers, seniors, continual education, organizes discussions, lectures, film previews, travelling exhibitions and academic conferences. Every year the ceremonies of Slovak National Uprising take place here. The Uprising was the most important anti-fascist action in Slovakia during the World War II. The highest political representants attend the ceremonies accompanied by military reviews, film previews, exhibitions and concerts. The president of the Slovak Republic awards the highest state badges of honour to the members of anti-fascist resistance. 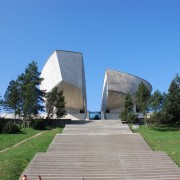 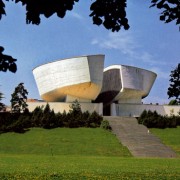 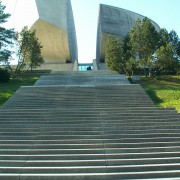 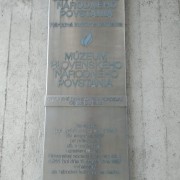 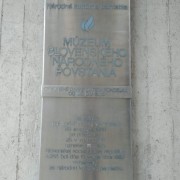 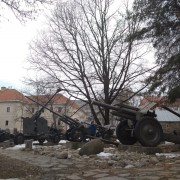 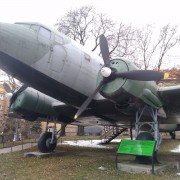 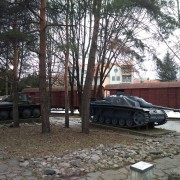 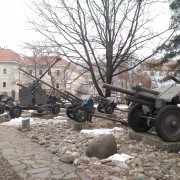 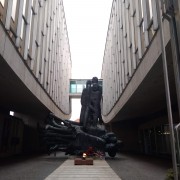