On the square in the center of Ruzomberok, the town where he spent most of his life.

Mausoleum consists of two parts, a chapel and a crypt. A bust of Andrej Hlinka and a stainless cross replaced a statue of Virgin Mary in 1990 and 1991. Next to the museum there is a building of neorenaissance townhall – a part of which is a Catholic clergy house where Hlinka used to live. The altar of Virgin Mary and Ruzomberok coat of arms are in the chapel. Behind a doublewing door a black onyx sarcophaus was placed with a Slovak sign and an inscription. The inner walls are covered by marble. On the outer wall there are commemorative plaques: one dedicated to Hlinka‘s  merits in 1939 and the second with a list of the Ruzomberok people fallen in the World War I. Hlinka‘s relics were placed here on 31st October 1939.

The original idea of the memorial to the fallen in the World War I was transformed into the mausoleum of Andrej Hlinka located under the Church of Saint Andrew. Hlinka was burried in Jesuit crypt in 1938. The Town Council decided to alter the memorial then being under construction into mausoleum. Hlinka’s relics were placed here in 1939 and on 4th February 1945 removed for fear of advancing Red Army to an unknown place. The authors of mausoleum are Gažo Olejník, Jozef Švidroň and Jozef Glončák. Uhlár a Martoník Company from Ružomberok constructed it  together with masonry Vinduška from Spišské Vlachy and a local smith Fero Milan.

In 1948 the interior of the Mausoleum was closed, the entrance bricked in and the facade turned to the memorial to the fallen in both World Wars. The mausoleum underwent a complex reconstruction in 1990-1991 and was refurbished to a pietous place with a statue of Andrej Hlinka by Fraňo Štefunko. In 2003 the original glass coffin returned to mausoleum from Bratislava Saint Martin‘s Cathedral crypt. The coffin has glass broken by a bullet which happened probably in 1968 during the Invasion of Warsaw Pact troops to Czechoslovakia.

Andrej Hlinka was a priest, journalist and politician, the main leader of the autonomist movement. He came from the Cernova village, nowadays a part of Ruzomberok. Hlinka was considered  a national hero by the Slovak fascist state regime.  Jozef Tiso, his deputy and successor in Hlinka’s Slovak People’s Party became the President of that state. Hlinka Guard, militia maintained by the HSPP created shortly before Hlinka's death, participated in Holocaust in Slovakia. In Communist Czechoslovakia Hlinka was portrayed as a clerofascist. After the fall of Communism, he became again a respected person to nationalist sympathisers and to Christian democratic organisations. However, the rest of Slovak society is mostly indifferent towards Hlinka's memory. A motion in the Parliament about Hlinka‘s merits was passed in September 2007, but did not proclaim him 'father of the nation'. A bronze bust of Hlinka was depicted on the Slovak 1000-crown banknote before Slovakia's adoption of the Euro in  2009. In 2018 two documentaries were made about his life. 'Hlinka' by Matúš Demko glorifies him and evoked emotions, while more objective document by Vladislava Sárkány 'Andrej Hlinka, otec národa?' brought discussion of historians and general public. Such reactions reflect two different views of this controversial person and the lack of distance in evaluation of Hlinka’s role in history. 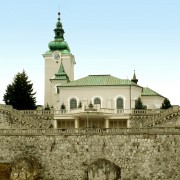 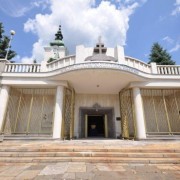 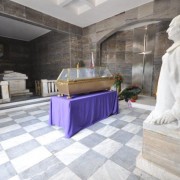 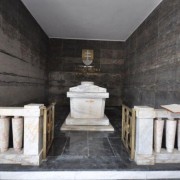 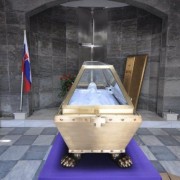 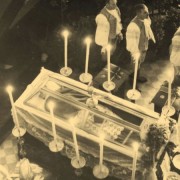