In municipial park by the river Teplica in front of the former Museum of Ladislav Novomeský.

A bronze statue of Ladislav Novomeský in a long unbuttoned coat and with a typical cigarette stands on a black granite base.

The statue of Ladislav Novomeský was unveiled on December 13th 1984 after two day symposium dedicated to Ladislav Novomeský. The author is Ján Kulich who was a „court“ sculptor of Slovak communist party (and a dean of Academy of Arts during the Normalization, 1968 - 1989). Behind the statue was a bulding dedicated to avantguard literature and Novomeský‘s work.

After 1989 the museum was cancelled. The removal of statue was discussed as well. In July 1990 the exhibition was replaced by a library. Only a small exhibition on Novomesky remained in the entrance hall. Senica municipality bouht the building in 2008 to provide space for the Leisure Center Stonožka (Caterpillar). The building was named after the avantguarde magazine Novomeský edited between 1924 and 1937.

Ladislav Novomeský was born in 1904 in Budapest and spent his youth in Senica. He was a teacher, reporter off communist press, top politician, poet of avantguarde leftist group DAV. During the WWII he was a member of illeal Communist Party of Slovakia and Slovak National Council and prepared Slovak National Uprising. After the war he was deputy chaiman of Slovak National Council, ministry of education, established Slovak National Gallery and managed Matica Slovenská and the Union of Slovak Writers. In 1950 he was withdrawn from all positions, accused of bourgeois nationalism and sentenced to 10 years of imprisonment in the trial with Gustáv Husák and Vladimír Clementis. He was released a year later and exculpated in 1963. He worked in Prague at the Museum of National Literature and after 1962 in Slovak Academy of Sciences. After the Invasion of Warsaw Pact Armies in August 1968 he became again a member of General Secretariat of Communist Party and director of Matica Slovenská. He gave up his positions in 1970 and died after serious illness in 1976. He is one of the best Slovak poets, excellent connoisseur of modern culture, translator of Russian literature, especially Pasternak. A high school in Bratislava was named after him. In 1984 a museum was opened and a statue unveiled in Senica. He was much better poet than politician. 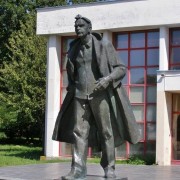 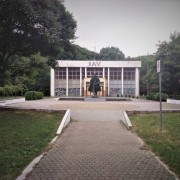 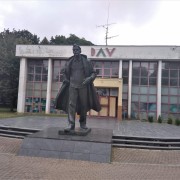 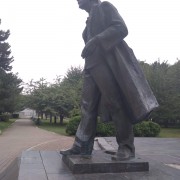 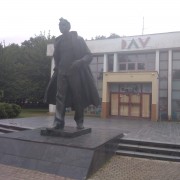 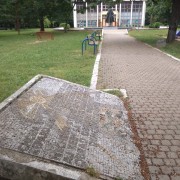 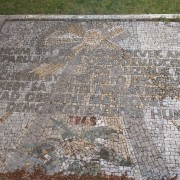