Memorial to the victims of Holocaust (Sereď)

Jewish prisoners in the concentration camp in Sereď.

In the middle of Castle park, accessible from the Námestie Slobody.

The memorial to the holocaust is in the park – it consists of several cuboid pillars and four marble rectangle plaques with relief. Three plaques bear carvings of suffering figures, menorah and one bears this inscription.

The monument was unveiled on December 22nd 1998 in Sereď. Former prisoner of the local concentration camp, Ladislav Zajac, gave a speech. Author of the relief is Ján Hučko and the autorof the concept of memorial is Rudolf Tóth.

The Museum of Holocaust in Sereď is part of the Jewish Culture Museum (Slovak National Museum) and was established at the premises of a former concentration camp. The Slovak Jews were deported from this camp to Nazi extermination camps in occupied Poland. The museum fights aganst antisemitism, rasism, xenophobia, commemorates the life stories of the vicitms and the survivors of the Holocaust. The exhibition and education center offers lectures, seminars and workshops for schools.

During the World War II the fascist Slovak republic created several concentration camps for Jews in Sered, Novaky, Vyhne. The transports started here and ended in Nazi extermination camps. Most of deported Jews perished. The premises  in Vyne and Novaky vanished therefore Sered is the only authentic reminder of crimes committed in concentration work camps in Slovakia during the world war II. Annualy commemorative events take place here in September on 9th of September, Day of the Victims of Holocaust and of Racial Violence. 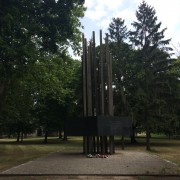 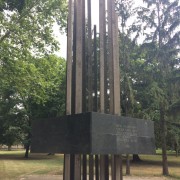 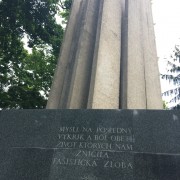 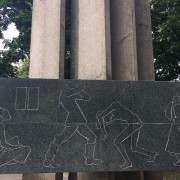 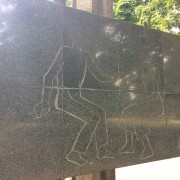 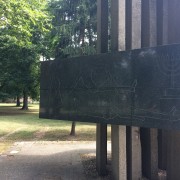