By the confluence of the rivers Danube and Morava.

FROM STETTIN IN THE BALTIC TO TRIESTE
IN THE ADRIATIC, AN IRON CURTAIN
HAS DESCENDED ACROSS THE CONTINENT.
OD ŠTETÍNA PRI BALTE AŽ PO TRIEST
PRI STREDOZEMNOM MORI,
ŽELEZNÁ OPONA ROZDELILA KONTINENT.

315cm high and 170cm wide monument is made of a welded iron construction covered by rust patina and filled with with plaques with texts.

The monument was unveiled by her Majesty Queen Elisabeth II on October 23rd 2008 in Devín, part of Bratislava. The monument reflects the fact that in these places used to the iron curtain, says the author, Milan Lukáč. The monument was suggested by the British Embassy and Bratislava self-governing region. The creation lasted one year. One of the guests at the unveiling ceremony was also then 99-years old Sir  Nicholas Winton, who saved 669 Czechoslovak Jewish children in 1939 from the deportations to Nazi concentration camps and the director Matej Mináč who made a movie about this exceptional story. Some of the saved “kids”were present at the ceremony too as well as the World War II veterans.

The monument commemorates tragic history of this place where the Iron Curtain used to be for fourty years – the imaginary line that divided Europe and the world into two blocks – western capitalist led by USA and eastern communist led by USSR. In communist ideology the blocks were incompatible enemies. The term became notorious after Churchill’s speech in Fulton in 1946 where he appealed for the cooperation aginst  communism. Communist regimes created elaborate and strictly observed border system of obstacles inspired by Nazi concentraton camps and Soviet gulags: barbed wire fences, guard towers, high voltage, dogs, electric signal fence that replaced land mines, a sand strip to track border violations. In Czechoslovakia the Iron Curtain was almost 750km long. The sense of Iron Curtain was to prohibit free movement of the citizens of the Eastern block and thus prevent emigration to the West. In former Czechoslovakia the iron curtain was first crossed by Bratislava people on December 10th 1989 when crowds of people walked to Austrian Hainburg to see the castle Devin from the other side of the river Danube… The statistical data remind of the horrors at the borders. 280 people died at the escape and 654 border guards died on duty. 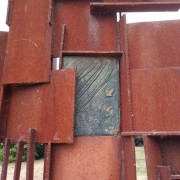 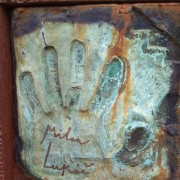 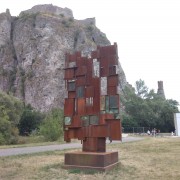 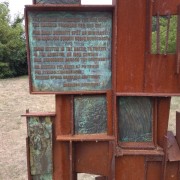 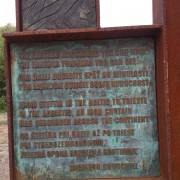 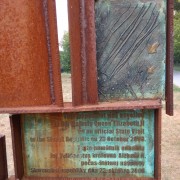 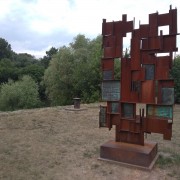 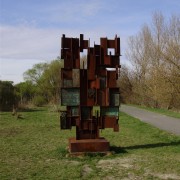 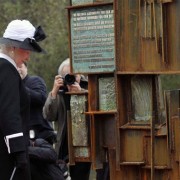