The victims who tried to cross the Iron Curtain and escape from unfree Czechoslovakia to the free world between years 1948 – 1989.

Located at the confluence of the rivers Danube and Morava under the castle Devín cliff there used to be the Iron Curtain line, which is now replaced by this Memorial.

In the times of the communist terror more than 400 people died along Czechoslovak's borders with Austria and Germany between 1945-1989. The Iron Curtain used to be here, it could not be opened, it must be destroyed, 400 people lost their lives while they tried to reach their rights. You, who are free and unrestrained, shall not forget that freedom of thinking, action and dreaming is a value worth living and sacrifice.

On the inner side of the gate there is the sign:

The Institute for the Memory of Nation

The Confederation of Political Prisoners

The gate is made of white stone and its pillars are riddled with bullets (of border guards); however the iron bars are broken as a symbol of the final victory of freedom. This very impressive memorial is located directly on the Iron Curtain Trail under Devin Castle’s cliff. For the commemoration of the men and women murdered at their escape to freedom. A long list of names and surnames of men and women who died while escaping through the borders is carved in the stone.

The Institute of the Memory of Nation and the Confederation of Political Prisoners suggested the construction of the memorial - the Gate of Freedom - at the confluence of the rivers Danube and Morava which would be dedicated to 400 people who lost their lives by the Iron Curtain while trying to cross the borders between 1948 - 1989 as well as those expatriated from their country. The Memorial was unveiled symbolically on November 17th 2005 on the Day of Fight for Freedom and Democracy by the Chairman of Slovak National Council. The author Peter Meszároš decided to depict a gate destroyed by shooting of guard bullets and with bent bars inside symbolizing final victory of freedom. The Iron Curtain was constructed to halt free movement of people and stop the emmigration from Soviet satellite states. Until 1965 there was high voltage in the fence. Many villages in the borders were permanently evacuated. The fall of the Iron Curtain started in summer 1989 when high voltage was stopped in Hungary and the fence was cut so that the Eastern Germans could emmigrate to Austria and Western Germany.

In 2016 a bust of Anton Strholec on a pillar was added to the monument. Anton Strholec was a Salesian. In 1950 all orders were banned, he tried to escape across the river Morava - the border to the West. He was sentenced to 12 years of jail, spent 10 years in uranium mines in Jachymov. After release he was a worker. In 1969 he was allowed to travel to Italy where he finished degree in theology and took orders from the Pope. After 1989 he founded Resoty – a resocialization home for homeless people in Bratislava.

Every year at the anniversary of the Day of Fight for Freedom and Democracy (November 17th) the pietous ceremony is attended by high representatives of the Slovak republic, the President, the Prime Minister, politicians, ambassadors and former political prisoners. The speeches are dedicated to the meaning of November 1989 and the importance of everyday fight for freedom and democracy. 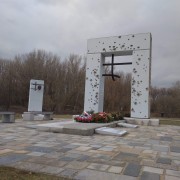 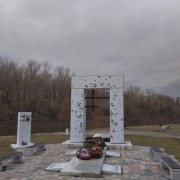 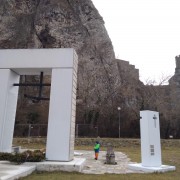 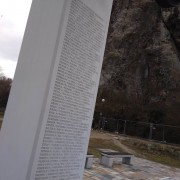 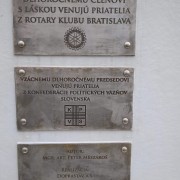 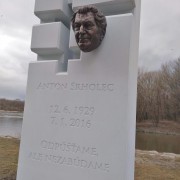 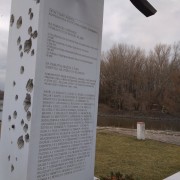 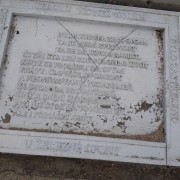 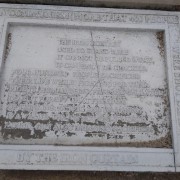 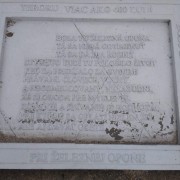